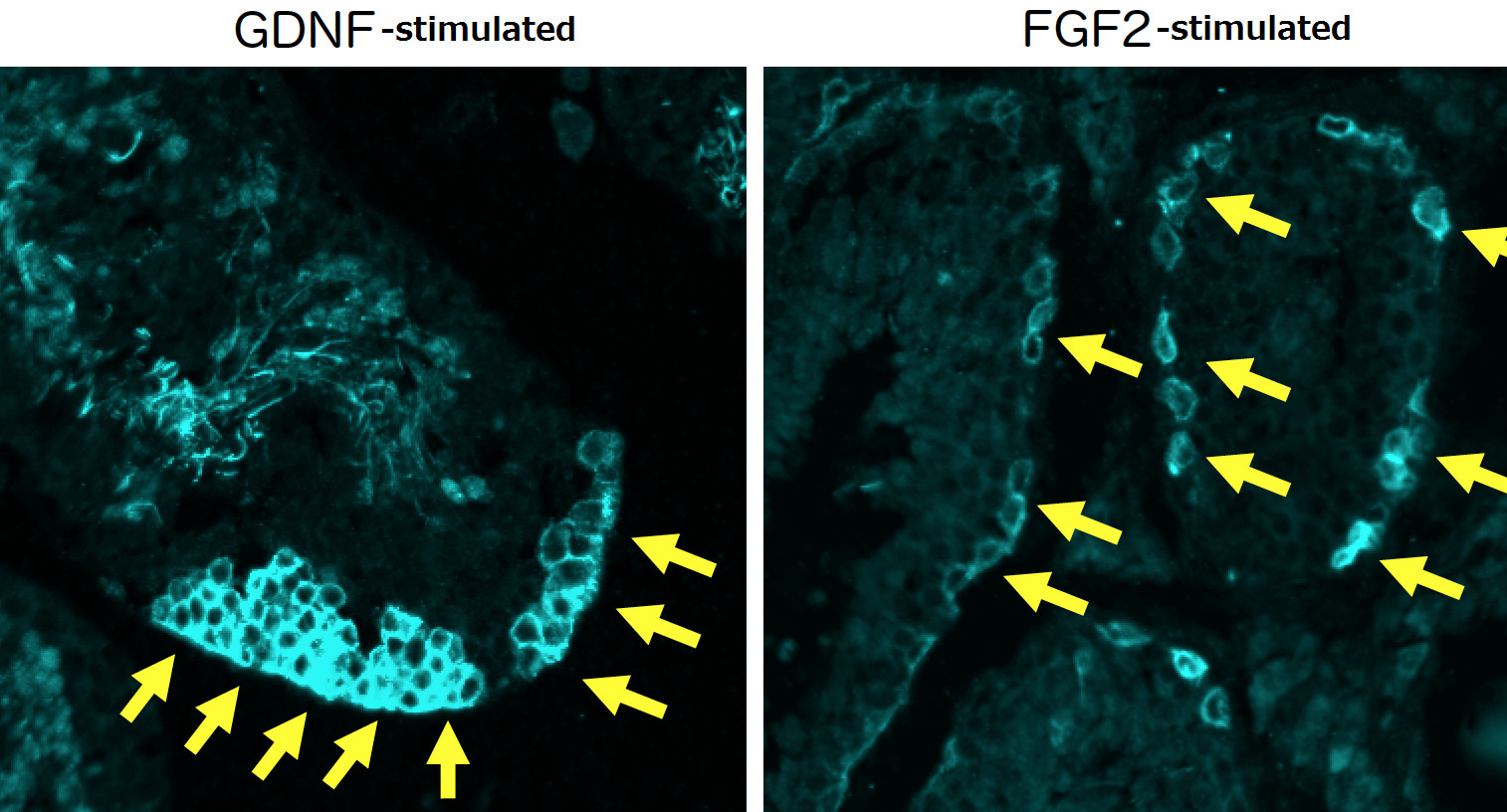 A research team found a novel function of "FGF2", growth factor for spermatogonial stem cells (SSCs) which is the origin of the sperm. This study was published online in "Stem Cell Reports" on April 20, 2018.

Dr. Seiji Takashima, an Assistant Professor of the Department of Applied Biology in the Faculty of Textile Science and Technology and the corresponding author on the paper, successfully identified a novel function of FGF2 in mouse testis using a "biodegradable gelatin microsphere system" which is capable of sustained diffusion of growth factors for several days in vivo.

Sperm is produced by differentiation of SSCs. It has been well established that GDNF (glial cell line-derived neurotrophic factor) is indispensable for SSC proliferation and survival, while retinoic acid (RA) is required for the differentiation of SSCs toward sperm production. In 2015, Dr. Takashima found that FGF2 (fibroblast growth factor 2) also induces SSC proliferation in vitro. In the present study, his group demonstrated that FGF2-stimulated SSCs exhibited a behavior distinct from those stimulated with GDNF in vivo. They found that FGF2-stimulated SSCs frequently expressed a receptor for RA when compared to those stimulated by GDNF, suggesting that FGF2 induces differentiation-susceptible subset from SSCs. Simultaneously, they also demonstrated that this molecule acts on testicular microenvironment, which is required for SSC function, to suppress RA metabolism. These results demonstrate that FGF2, which was shown to be ‘bona fide –genuine- growth factor for SSCs in vitro’ in 2015, can act to facilitate SSC differentiation in vivo. Considering that GDNF/FGF2 ratio shows dynamic change during testicular development and regeneration, the functional balance between GDNF and FGF2 might play a pivotal role in the regulation of sperm production from SSCs.

The finding has potential not only understanding the principle of sperm production but also future applications for male infertility treatment, breeding live stock, and conservation of endangered species. This study will be published in the June issued "Stem Cell Reports" following online publishment.