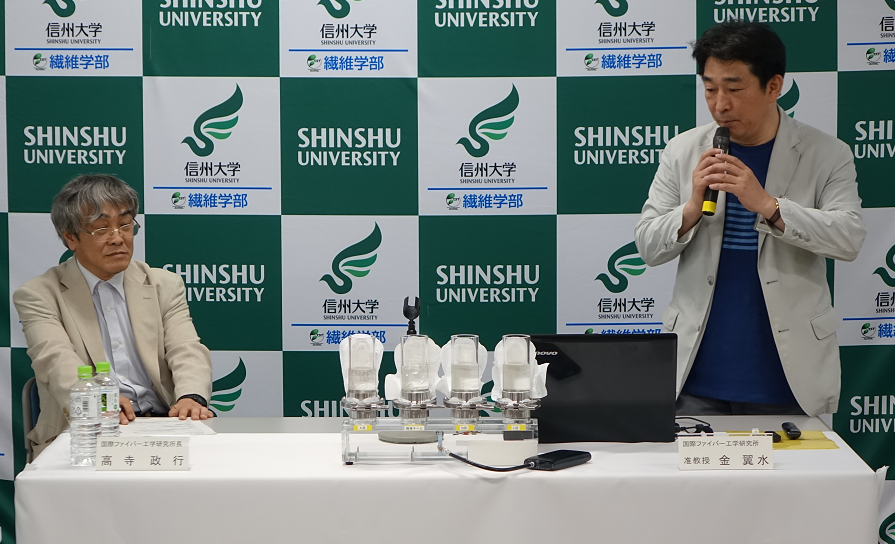 Professor Kim Ick Soo, Division of Frontier Fibers at Institute for Fiber Engineering, successfully developed the sanitary goods made of nano-fiber which had been substantially improved the breathability than conventional film products for industrial use.

The new sanitary goods were developed through international collaboration by utilizing the strength of the Faculty of Textile Science and Technology. They are manufactured in compliance with international regulations on chemical substances that should be considered for health and the environment (REACH regulation, RoHS directive), and they not only have the world's most breathability but also have antibacterial performance. In addition, it has the potential to become a "high-valued product" with good texture and hypoallergenic performance.

If the mass production and processing technology of nanofiber sheets further develops in the near future, it will be possible to lower the price and it is also expected to be applied to various sanitary goods using high-performance nanofiber materials. Not only Japanese but also Chinese and South Korean media reporters participated at a press conference held in the Faculty of Textile Science and Technology on July 9, 2018, which showed their much interests in the new products.