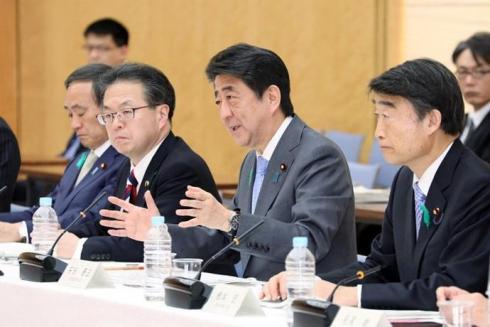 On April 16, 2019, the president of the university reported on the Shinshu 100 Year Business Program at the “Mid-career, Experience-based Recruitment Conference” hosted by the Prime Minister of Japan, Abe Shinzo.

The gathering took place to diversify employment options by looking into systems other than lifelong company employment Japan has been known for. In order to do so, employers will allow part-time and parallel careers, easing job transitions between city and regional positions, and work cooperation between large and small businesses. The program is lead by the Prime Minister, with the Minister of Economy, Trade and Industry, and Minister of Health, Labor and Welfare actively leading the promotion.

At the first meeting held in December last year, large companies shared examples of mid-career recruitment and experience-based recruitment with the administration. This time, at the second session, 21 small to medium-sized enterprises, venture capital and support groups that are engaged in new initiatives and mid-career / expert recruitment from around the country reported on their activities and made recommendations.
Shinshu University presented the Shinshu 100 Year Business Program.

--President Hamada Report Summary--
The Shinshu 100 Year Business Program is an initiative to hire outstanding human resources from the Tokyo metropolitan area, initially as research fellows at the university and to match them with businesses in Nagano prefecture. They will work for the business and the hope is that such recruits will eventually be hired by the businesses and stay in the area long term.

Each researcher receives a stipend of 300,000 yen per month from the host company and work on site, problem solving and analyzing future strategies. They will participate in weekly training and discussion groups at the university to check in on progress. With this “recurrent learning program” they continue their education with the university as a research fellow while working at the regional company. By practical problem solving at the company for six months, the goal is to build a relationship with the company while building on the researcher's own skill set.

As a result, the retention rate is 80-90% for full time employment and parallel careers. The phased matching system through recurrent education at the university played an important role in the decision making, hiring and retention of human resources.
Following up on support for human resources and companies, and verification of the program’s effectiveness will take two to three years. In order to expand this model nationwide it is necessary to create a system in which other regional based universities can participate.
The university received high praise for its unique program of promoting regional revitalization by utilizing the university's research and education functions to recruit human resources from the metropolitan area.

At the end of the plenary session, Prime Minister Abe acknowledged each report and stressed the government's efforts for the future. “Our goal is to diversify ways of working in the age of the 100 year life span by possibly promoting multiple and parallel careers. I would like to discuss the issues raised at the plenary session at the Future Investment Conference, and form an appropriate strategy.”

In order to facilitate the effective utilization of human resources from large companies in small and medium-sized enterprises, side jobs should not be forbidden by employers. A new system should be devised that would allow for former employees to return back to their former workplace. The Minister of Economy, Trade and Industry, and Minister of Health, Labor and Welfare were also instructed to proceed formulating such programs. 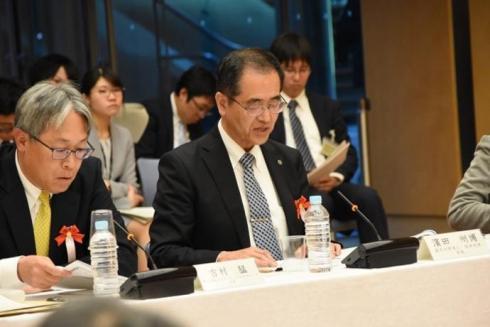