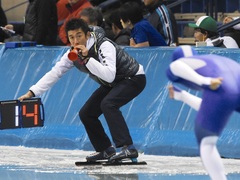 He was granted this most recent award for the major contributions he made to the ongoing training of Shinshu University graduate Nao Kodaira (Aizawa hospital, at present), who won a bronze medal at the 2015 World Single Distance Speed Skating Championships, an event organized by the International Skating Union. 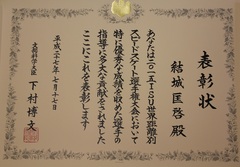 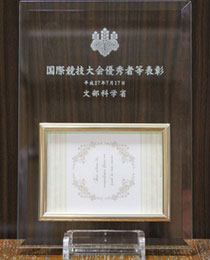