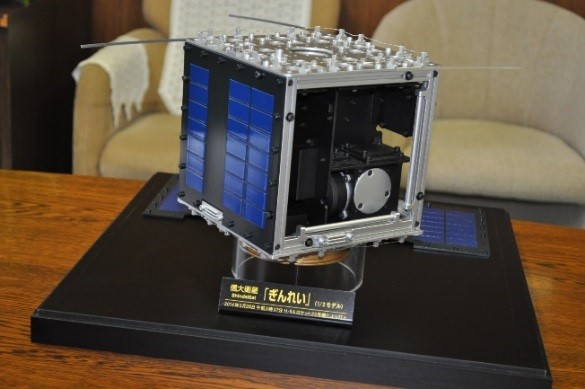 “Ginrei” is the world’s first visible light communication experimental satellite, which has been under development since December 2011 through collaboration between Shinshu University and Shinshu Satellite Workshop. Experiments are being carried out to transmit data by FSK modulation of LED light. The LED light has the brightness on the ground of a a first magnitude star and can be seen with the naked eye, so there are plans to hold events such as sending simple messages to the earth in Morse code.

Ginrei is an ultra-small satellite with dimensions of 40×40×45 cm and a mass of 32.9 kg. It is equipped with an advanced triaxial attitude control system using a reaction wheel and magnetic torquer, so it is possible to incline it in any attitude with commands from the earth. In March checking of the operation of the onboard instruments will be carried out, and from April onwards visible light communication experiments are scheduled. At the Shinshu University Trade Fair Special Booth on March 4th, Ginrei's orbit was displayed in real time, and it was possible to listen to Morse code signals sent from space. 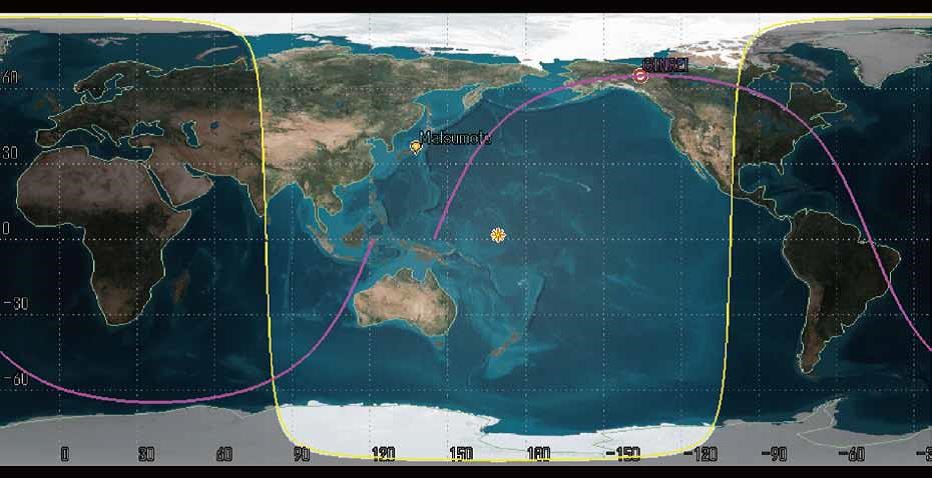