A ceremony to mark the appointments was held online, and Vice-President Kiyoshi Tanaka presented the letters of appointment ‘virtually’ to our new Collaborative Professors, who expressed their sincere gratitude for the tribute.

Both professors have been collaborating with the Shinshu University Faculty of Engineering professors Kiyoshi Tanaka and Hernan Aguirre for almost ten years. Several joint research projects, some of them supported by the Japan Society for the Promotion of Science (JSPS), have produced notable results such as the best paper award at the Genetic and Evolutionary Computation Conference (GECCO) in 2015, the publishing of papers in top international journals in the field of Evolutionary Computation and the co-authoring of a total of 31 international papers. 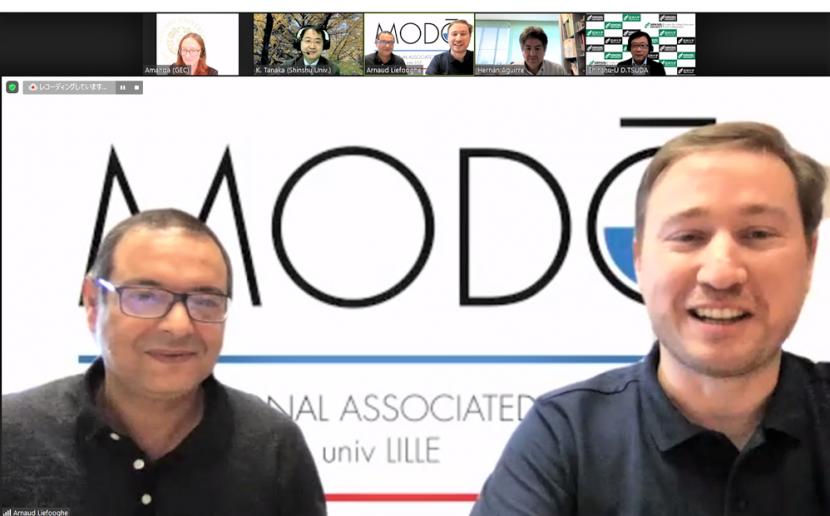 These appointments will contribute to strengthening the academic bridge as well as the friendship between the University of Lille and Shinshu University, and between France and Japan.