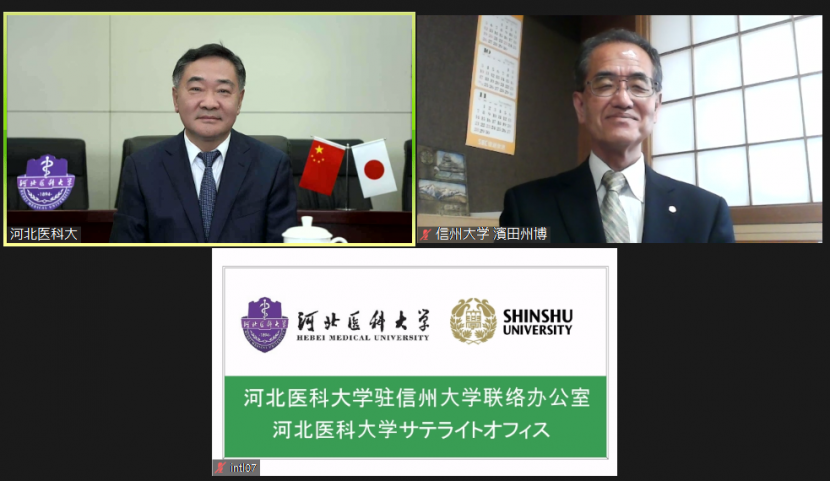 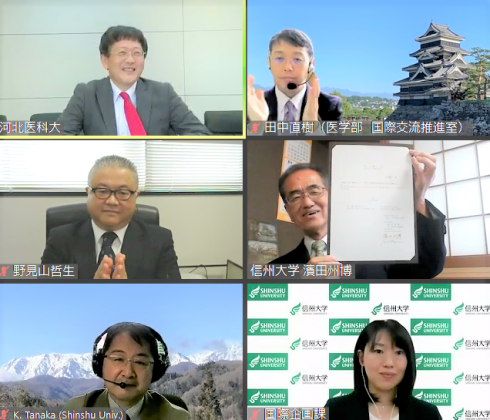 Hebei Medical University and Shinshu University have enjoyed a 35-year relationship since the signing of an academic exchange agreement in 1986. About 100 students from HEBMU have completed their doctoral courses at our University’s School of Medicine. Researchers and staff have actively participated in exchanges through lectures, seminars and joint research projects. 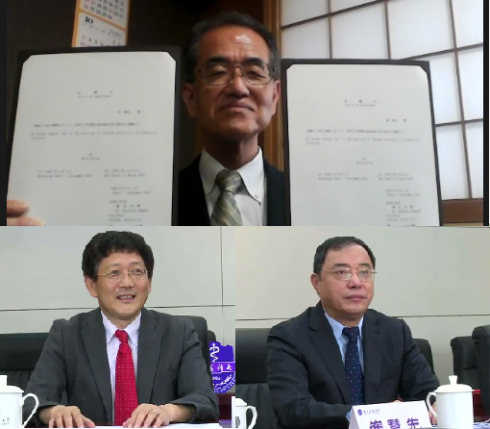 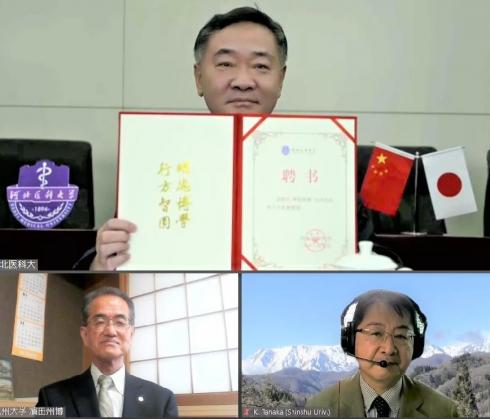 After unveiling the door plate, Prof. Cui Huixian and Prof. Tian Qingbao were appointed as collaborative professors of Shinshu University. Both professors received their doctorate degrees from Shinshu University; since then, they have actively contributed to the work of building a bridge between the two universities.

In addition, Prof. Zhai Haihun, Secretary of the CPC HEBMU Committee, conferred the title of Honorary Professor on Shinshu University President Kunihiro Hamada and Vice President Kiyoshi Tanaka, who have supported the exchange between the two universities over the years.

The participants thanked each other for their kindness and spoke of their aspirations for further collaboration, promising to resume meetings after the end of the pandemic. 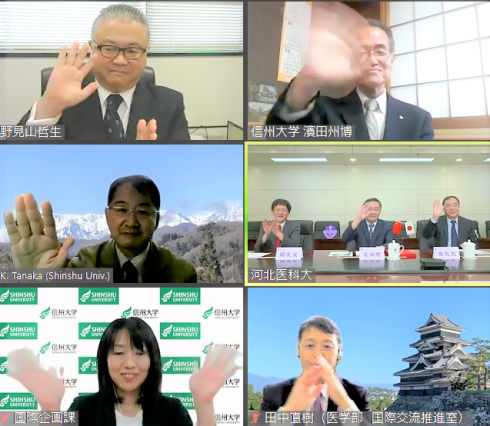