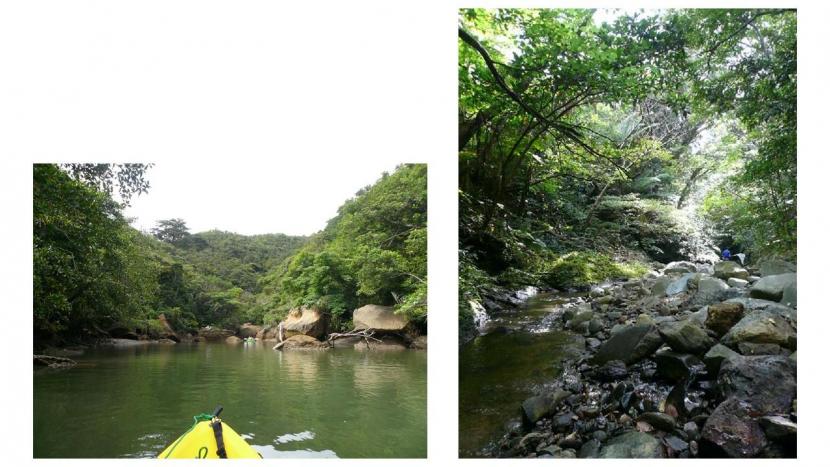 The river in a subtropical jungle, Iriomote Island. Sampling was conducted by sea kayaks since some of the cites were difficult to access via overland routes.
CREDIT: Koji Tojo, Shinshu University

Euphaea yayeyamana is one of the damselflies belonged to Euphaeidae which are widely inhabiting in Asia. They have been thought to be originated in China and move towards Iriomote and Ishigaki Islands (Yaeyama) via Taiwan. By the genetic analysis, the research group estimated divergence times in Euphaea yaeyamana of Yaeyama (Iriomote/Ishigaki) and Euphaea formosa of Taiwan as about 1.4 million years ago, which approximately matches the geological time the Okinawa Trough formation occurred 1.55 million years ago.

The Amami and Okinawa region has a variety of biofacies (plants, animals, microbes) with high endemism and unique evolution, and is to be inscribed as a UNESCO World Heritage site in July, 2021. Accordingly, the genetic diversity of euphaeid damselflies revealed in this study emphasizes the importance of the region.

The research group was led by Koji Tojo, Professor of Faculty of Science at Shinshu University, and Emi Kanke, one of the laboratory members.

EurekAlert!: The genetic structures of closely related dragonflies in Yaeyama and Taiwan islands