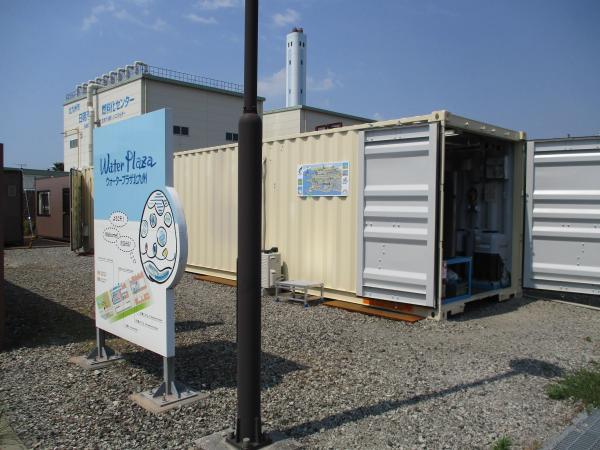 A sign revealing ceremony to commemorate the completion of the facility to test the performance of the newly developed “Robust nano carbon composite membrane” by Shinshu University Global Aqua Innovation Center (COI) was held in Kokura, Kitakyushu City, on May 23rd.

The pilot test facility was installed at the Water Plaza Kita-Kyushu in Kita-Kyushu City, and Toray developed the modularization of the nanocarbon membrane developed by Shinshu University, and Hitachi, Ltd. was in charge of the basic design of the facility.
Inside the shipping container 40 feet in length is the equipment used to evaluate the effectiveness of the nanocarbon membrane modules, such as the seawater desalination plant, chemical unit and water tank. The site treats about 5 tons of actual sea water per day, testing the desalination, pollution resistance, and chemical resistance.

Nanocarbon membranes that have carbon nanotubes mixed in the reverse osmosis membrane are robust and resistant to the buildup of waste. Therefore, the cost of chemicals for cleaning the membrane, the cost of exchanging for new membranes, the electric cost of the pump for sending seawater, and other water production costs is expected to decrease significantly. With current calculations a 37% reduction is expected compared to conventional seawater desalination systems.
Verification tests will be conducted for the next 3 years in which the practical application of nanocarbon membranes will hopefully implemented with “an innovative water production and water circulation system”. 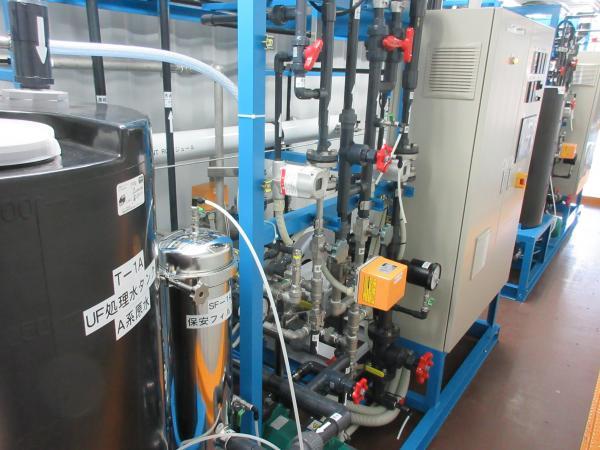 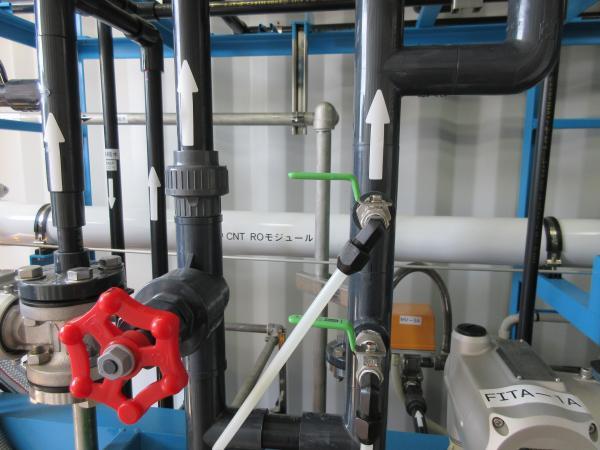 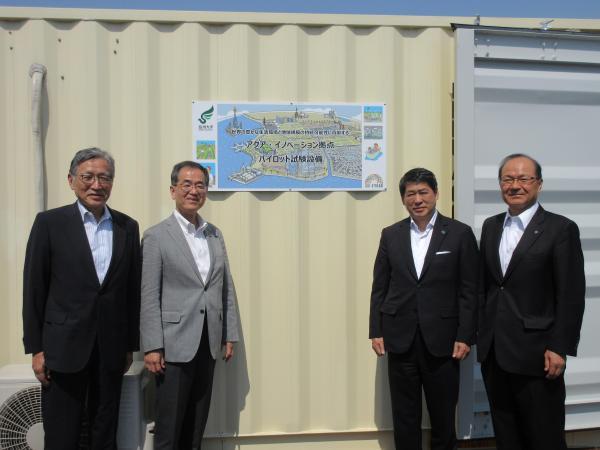