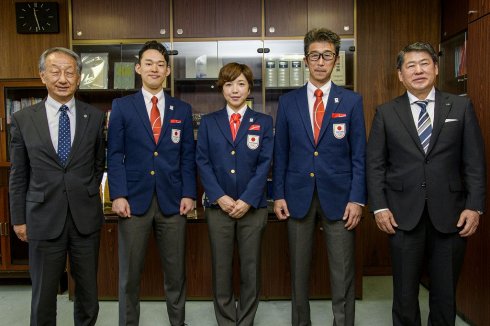 On April 21, 2022, Nao Kodaira, Ryota Kojima, and their head coach Professor Masahiro Yuki visited President Soichiro Nakamura and reported on their participation in the speed skating competition at the Winter Games in Beijing.

On behalf of the athletes, Professor Yuki reported that Nao Kodaira (Aizawa Hospital), Ryota Kojima (M-Wave Corporation), and Seitaro Ichinohe (ANA), who all graduated from the Faculty of Education, had worked very hard to do their best. The President praised their effort and then Nao Kodaira for her participation in the last four events (Vancouver, Sochi, PyeongChang, and Beijing) and her achievements. He also gave wished her the best for her final competition in October.

Executive Director of Academic Affairs Hirano, the former Dean of the Faculty of Education, talked together and praised the athletes and Professor Yuki for their achievements, and brought back memories that he used to talk with them since his laboratory in the Faculty of Education was located close to the training room of the speed skating team. 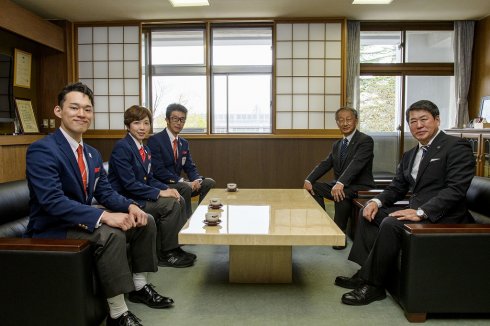 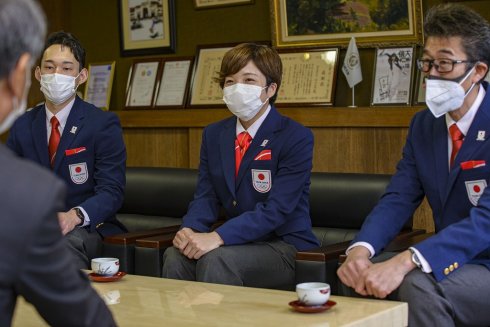