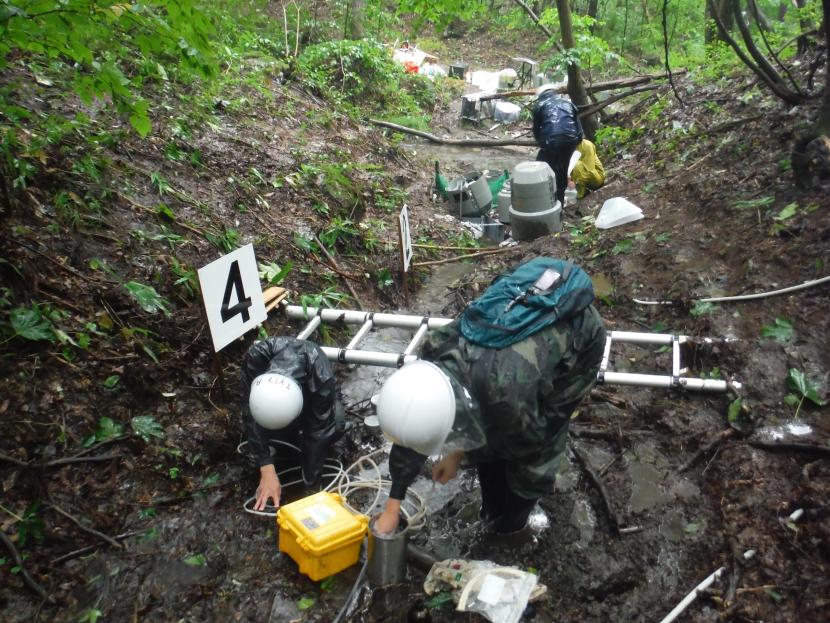 A research team including Koichi Sakakibara, assistant professor of Faculty of Science at Shinshu University clarified the mechanism of radiocesium discharge from forests during rainstorms in Fukushima, where the nuclear power plant accident occurred in 2011. They conducted dissolved radiocesium leaching tests using forest litter affected by the accident and observed rainfall-runoff hydrological processes.

It has been indicated that radiocesium is leached from forest litter and that its dissolved concentration in the stream water increases during rainstorms; however, the process of how radiocesium leached from litter is loaded to stream water has not been clarified. The new study uncovered the mechanism that the contact area between runoff water and litter increases due to the expansion of the saturated surface caused by groundwater table rising in the forested headwater.

This study is expected to uncover the whole dynamics of radioactive materials in natural environments and to predict their future prospects.

See below for details.

Title: Radiocesium leaching from litter during rainstorms in the Fukushima broadleaf forest
Journal: Science of The Total Environment