Participation in the "University Coalition for Achieving Carbon Neutrality"

On Tuesday, March 23, 2021, the ministers and presidents of related ministries and agencies came together to establish the "University Coalition for Achieving Carbon Neutrality" in which 120 national, public and private universities nationwide announced their participation. President Hamada participated in the round-table conference held online.

The role of universities to achieve carbon neutrality by 2050 is to create new knowledge for national and regional transformation, to graduate students with strong leadership skills, reduce carbon emissions in various regions including campuses, and for international cooperation.

In order to accelerate cooperation with universities to establish the "University Coalition for Achieving Carbon Neutrality" Minister Hagiuda of the Ministry of Education, Culture, Sports, Science and Technology, Minister Koizumi of the Ministry of the Environment, Deputy Minister Ejima of the Ministry of Economy, Trade and Industry and other university presidents shared information and exchanged opinions for a place to develop a cross-national promotion and support system.

At the round-table conference, Minister Hagiuda said, "expectations are high for the university to play various roles in education, research, and social contribution as a "Center of Community" in the region. People hope for universities to further enhance its contribution and strengthen communication capabilities."

The Governor of Nagano Prefecture Abe participated in this meeting and shared that through close cooperation between the government and universities, social implementation of technology development from research can be achieved to advance carbon neutrality in the region. One such movement is zero carbon campuses in Nagano Prefecture.

Deputy Minister Ejima inquired about R&D and business development aimed at achieving carbon neutrality in collaboration with companies, and President Hamada responded to the question.

President Hamada stated, "We have been advancing environmental education for a long time, and newly started a cross-university special education program called "Eco-Mind Program Experience-Based Training for Environmental Competence." By strengthening joint research with students and local businesses, it will be possible not only to retain students in the region with employment but also improve the R&D capabilities of companies to achieve carbon neutrality and promote environmental management. We proposed the effectiveness and necessity of industry-academia collaboration centered on producing excellent graduates."

At the end of the summit, a statement was adopted stating the determination of universities and other organizations to contribute to achieving carbon neutrality. In the future, based on this statement, the university will build an operating system and establish the "University Coalition for Achieving Carbon Neutrality" scheduled for the summer of this year. The university will continue to work in collaboration with local governments, companies, citizens, and related ministries and agencies. 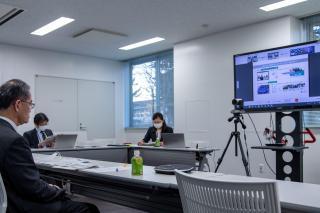 Ministers of 3 ministries and about 120 university presidents participate online 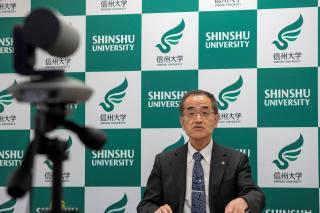