The 2019 Japan-Russia Student Forum in Shinshu 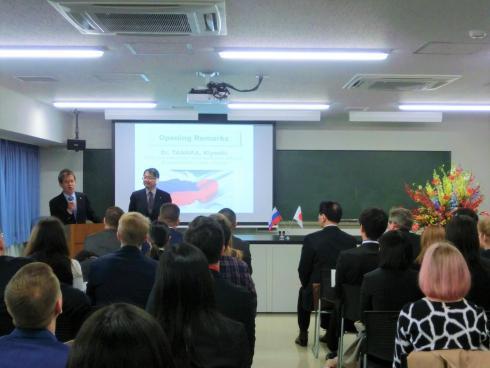 The Japan-Russia Youth Forum was co-hosted at Shinshu University’s Matsumoto Campus (November 29th–December 1st) by the Japan-Russia Youth Exchange Center and the Institute of Youth Policy and International Relations of the Russian Technological University (MIREA).
11 students from Shinshu University were among the 30 Japanese participants who, along with 30 guests from Russia, took part in discussions about various issues of concern to the youth of both nations.
On Friday November 29th, a Friday, the Japanese group began with a preliminary study session. The Russian arrived in Japan, and the Russians and joined their Japanese group peers for the main forum event from the Saturday morning.

After the opening ceremony and plenary session, the participants engaged in ice-breaking activities, introducing themselves and asking one another questions. In the afternoon, the sixty young people divided into four groups, each of which focused on one of the four themes of the Forum. The next four hours were spent in lively discussions as each group prepared enthusiastically for the presentations to be given on the Sunday. In the evening, a party was held at Soleil, a restaurant on the top floor of the University hospital with a spectacular view of the city.

On the final day, each group presented the ideas that had emerged from their discussions through short performances using slides, role-play and video. At the closing ceremony, Vice-President Kiyoshi Tanaka of the Center for Global Education and Collaboration presented a certificate of completion to the youngest member of each of the national groups.

It would be difficult for anyone watching the proceedings not to feel reassured by the prospect that the bright and optimistic young people taking part in the Forum will become the next generation of leaders in their respective countries. And undoubtedly, the seeds of future cooperation between Japan and Russia were sown in the friendships formed during the weekend.
It is with great hope for the future that we look forward to Shinshu University’s involvement in further exchanges between the two countries.

[Keynote Speaker]
Igor Trushin, Professor in the Faculty of Science 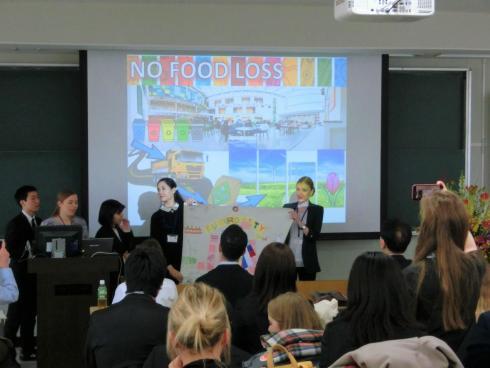 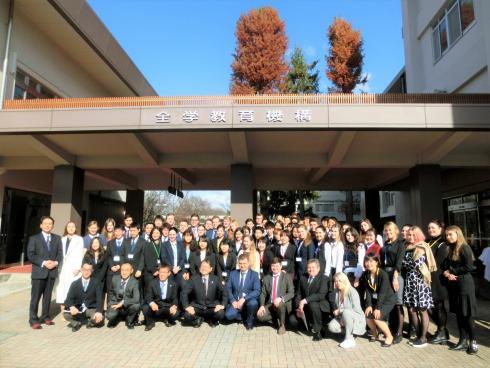