How did you become a researcher?

I was enrolled originally at the Faculty of Education, and I attended a Graduate School of International Cooperation for my master's program. There, I learned about the culture of education for international cooperation efforts. I was mainly learning how to solve educational problems for children in Asia and Africa. At the end of the first year, I had an opportunity to join the volunteer program by Japan International Cooperation Agency (JICA) for introducing school health activities in the country of Niger in West Africa for two years, since it was related to what I was already researching. During the process, I felt three things.

Many groups such as JICA have programs in developing nations conducting such work. However, all groups I witnessed just attend for a limited amount of time and go back, and a new group comes in. There was no continuity in the work, nor was progress being evaluated. I felt, if we are spending this much money and time on such efforts, it should be evaluated from an academic point of view, and if such volunteers could get more information before arriving or when masterminding the program, the activities could be more effective.

The second thing I realized was that I overwhelmingly lacked knowledge about health of children. By spending a significant amount of time in the field, my point of view changed, and I had a wider perception of the world and issues, and my thirst for knowledge grew. I felt I want to study more.

Thirdly, the supervisor for my master's program left a strong impression on me. He was a professor of Neuroscience who helped me think in ways I had not before. I aspired to be like him, as well as other professors in my master's program. I went on to get my doctorate, and there I met many different professors; anthropologists, sociologists, and professors analyzing medical and health data who all worked on the same project. I thought they are rather strange but unique and very interesting people. They were so dedicated to their work, so hardworking and thought seriously about the issues at hand. My teachers were thinking about society and what we should do now for the betterment of society, even a hundred years from now. They would discuss these issues for two or three hours, and as a student I listened intently.

It's amazing that your activities at that time have connected to the present.

It would be wrong to say that I initially aspired to be a researcher, but when pondering a profession where I could educate, research, and put such findings into practice, the closest thing was a university professor.

How much time out of the year are you overseas, in the field? (PRECOVID)

Well, it's changed since I had a baby a few years ago, but for the past 10 years, I spent about one-fourth of the year abroad. That was my routine for a while.

Where are the sites you work in?

The country I have worked with for the longest is Laos in Southeast Asia, but I have also worked in Thailand, the Philippines, Nepal, and Bangladesh. In West Africa, Niger, and in East Africa, Kenya.

I've read that you work with the WHO.

Yes, they contacted me because they were interested in my work and invited me to join as a consultant. I was also very honored to be asked to work with the WHO.

What do you find difficult about research?

The answer depends on what part of research one focuses on. For me, a big part of my research depends on partners overseas, so I will discuss this challenge. I cannot conduct research on my own. The most difficult issue is to understand each other because we have different values. Values are especially different in so-called developing countries. This is because university professors in developing countries face starkly different circumstances from university faculty in developed nations. They only get paid for courses taught, not for research efforts. So, if you ask them to participate or help on a research project for 3 days, for them, that is 3 days of lost wages. Each place is different, but in Laos or Southeast Asia, I have to guarantee participants and collaborators a salary during the time of research, which makes it difficult.

Work is difficult in those ways, because it depends on dealing with other people. I try to approach it so that it will be a win-win relationship for both of us. It is important to build relationships with a longer time span. Even if there are disagreements, I try to think of things from their perspective. I also try to collect information from as many people as possible. Even then there are many times when we cannot come to an understanding. I re-examine what it means to be Japanese, on an island nation, and why we think the way we do.

What do you enjoy about research?

There are many fun things about research. When research results are implemented in education efforts or policy, I feel like my research meant something. I was once told, work in a way where people will ask to work with you again, because researchers are there to be of service to others. Because we have knowledge, people come to us because they want us to lend our expertise.

In Laos, a curriculum that we made which was a manual for teachers was implemented for the health efforts of the school, and it is used nationwide in teacher training. So, it is great when those types of advocacy efforts are reflected.

Research is fun because I can work together with many interesting people. If there is a research topic I want to complete, I search for experts, recruit them and persuade them to join our team. I work with other researchers that I really respect, and I never get tired of working with them. These collaborative efforts are really amazingly open and honest working relationships. Some of them I have worked with for over 10 years.

What types of health issues are children in developing worlds facing?

For starters, malnutrition and obesity together, and for infectious disease, malaria, the common flu and diarrhea. There might not be access to clean water. In Asia there are schools in most places but there might not be appropriate facilities such as lighting or it may be badly ventilated. In countries such as Cambodia and Myanmar, because the facilities are not appropriate, students, even the level of college students might be a lot lower in English or math, compared to other countries. We advocate for child to child, child to parents, where the children act as health messengers.

What is your ultimate goal?

Goals should be set at something that could be accomplished. Each paper and research are not in itself a goal. To make the health of the world better is not in itself a goal, because it should be something that can be measured and accomplished. I sometimes wonder, even though I am Japanese, is it ok for me to want the health of the children of Laos to be better? To think within the confines of a border of a country, even if the people in Japan get better, in the time of Covid things are not that simple. 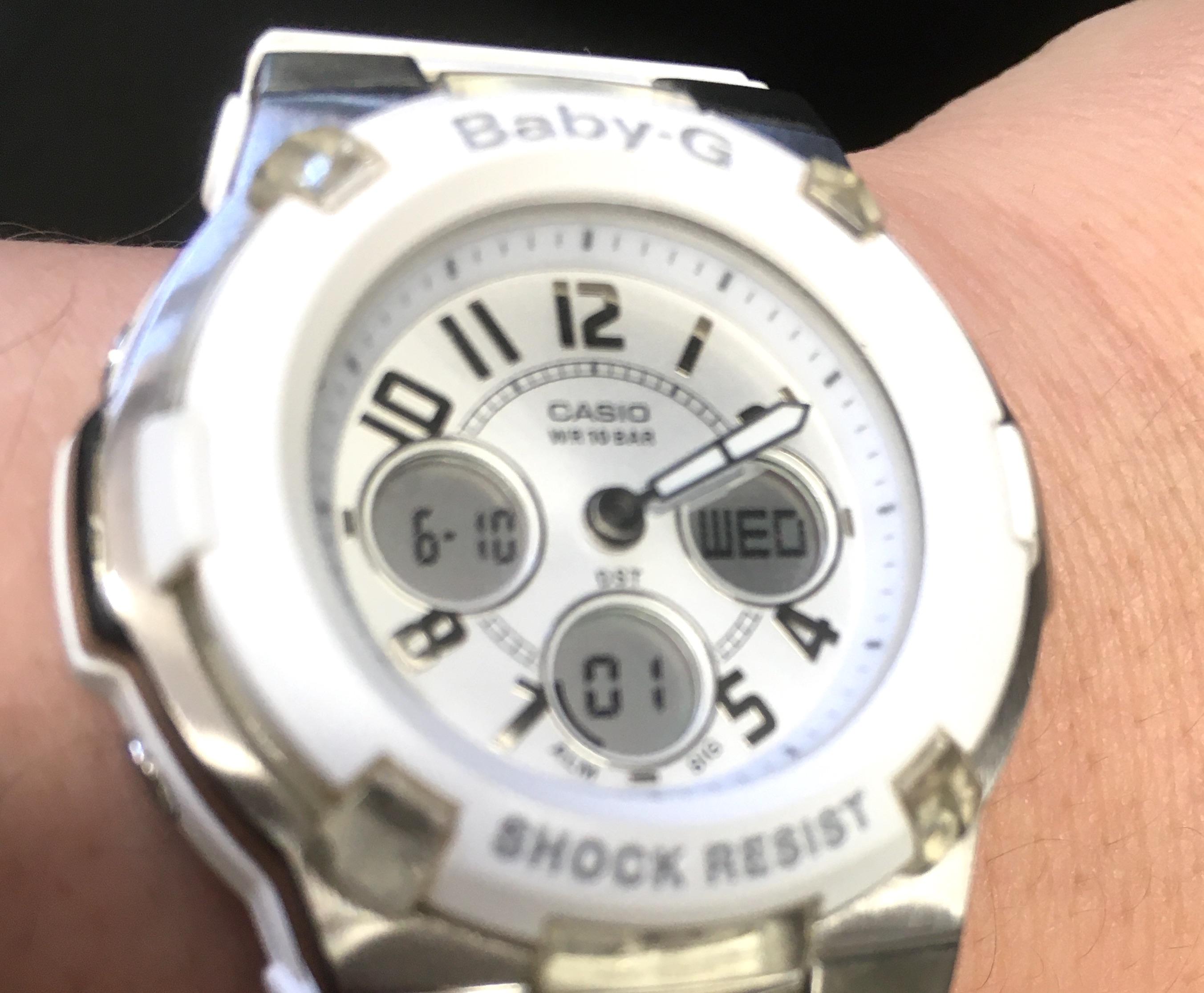 1) A white watch was given to me by a student as a gift many years ago and I wore it every day until it broke. My husband has since bought me a replacement about five years ago.

2) There is also a shirt that I love and own many colors of. It is a collared shirt that is very light weight and has pockets. Many women's clothes don't have pockets. Only once did a colleague of mine remark, "you wear the same shirt every day." I thought to myself, finally! Someone noticed. It's nice to have a light shirt to prevent sunburn but also has a collar so it can be used in more formal settings. Unfortunately, they don't make it anymore. 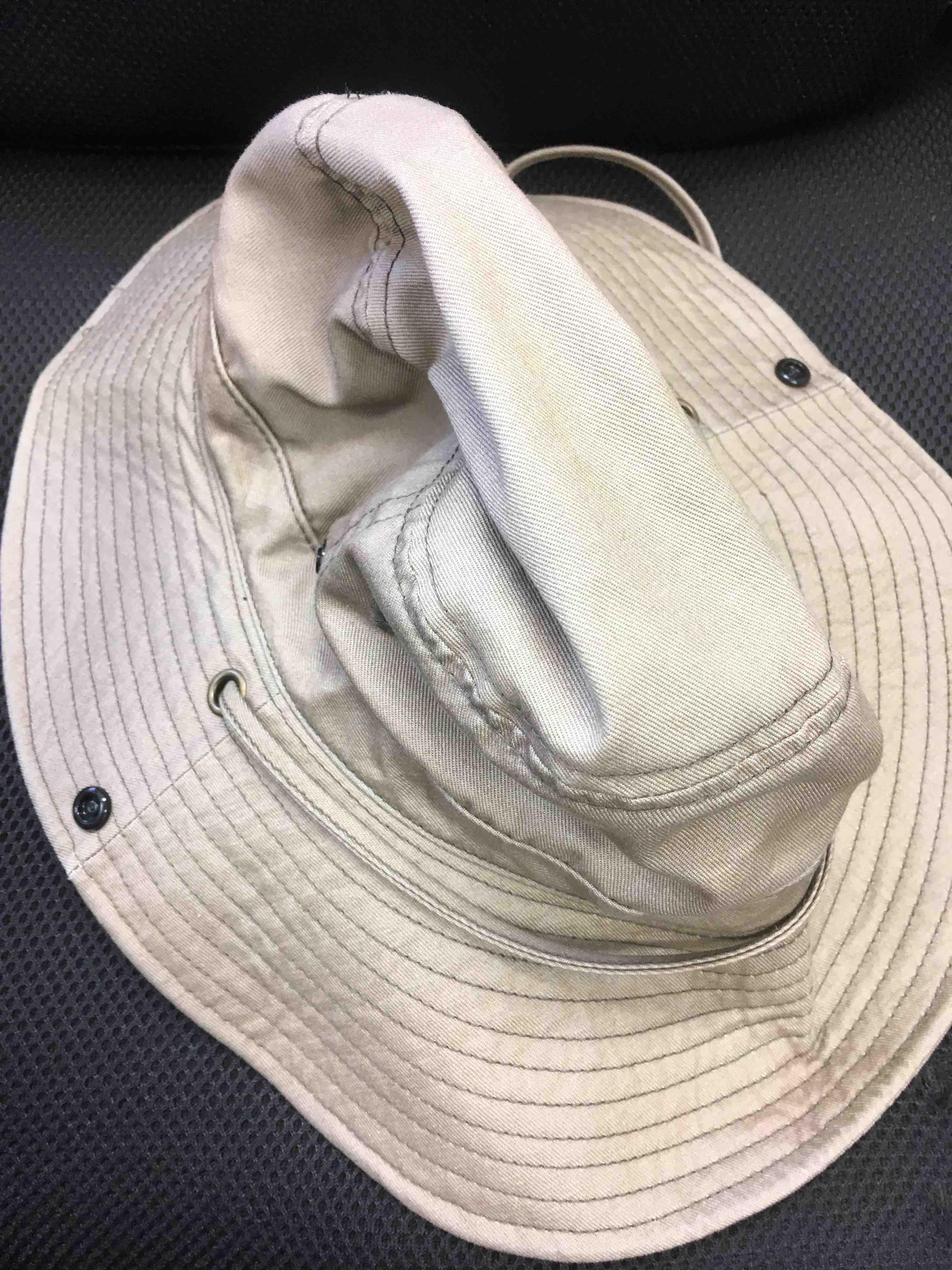 3) I also have the same hat with a wide brim that I like to keep the sun off my face. I lose it often, but I just buy the same one again. My husband said I shouldn't show you these shoes, but I have a pair of shoes I like. 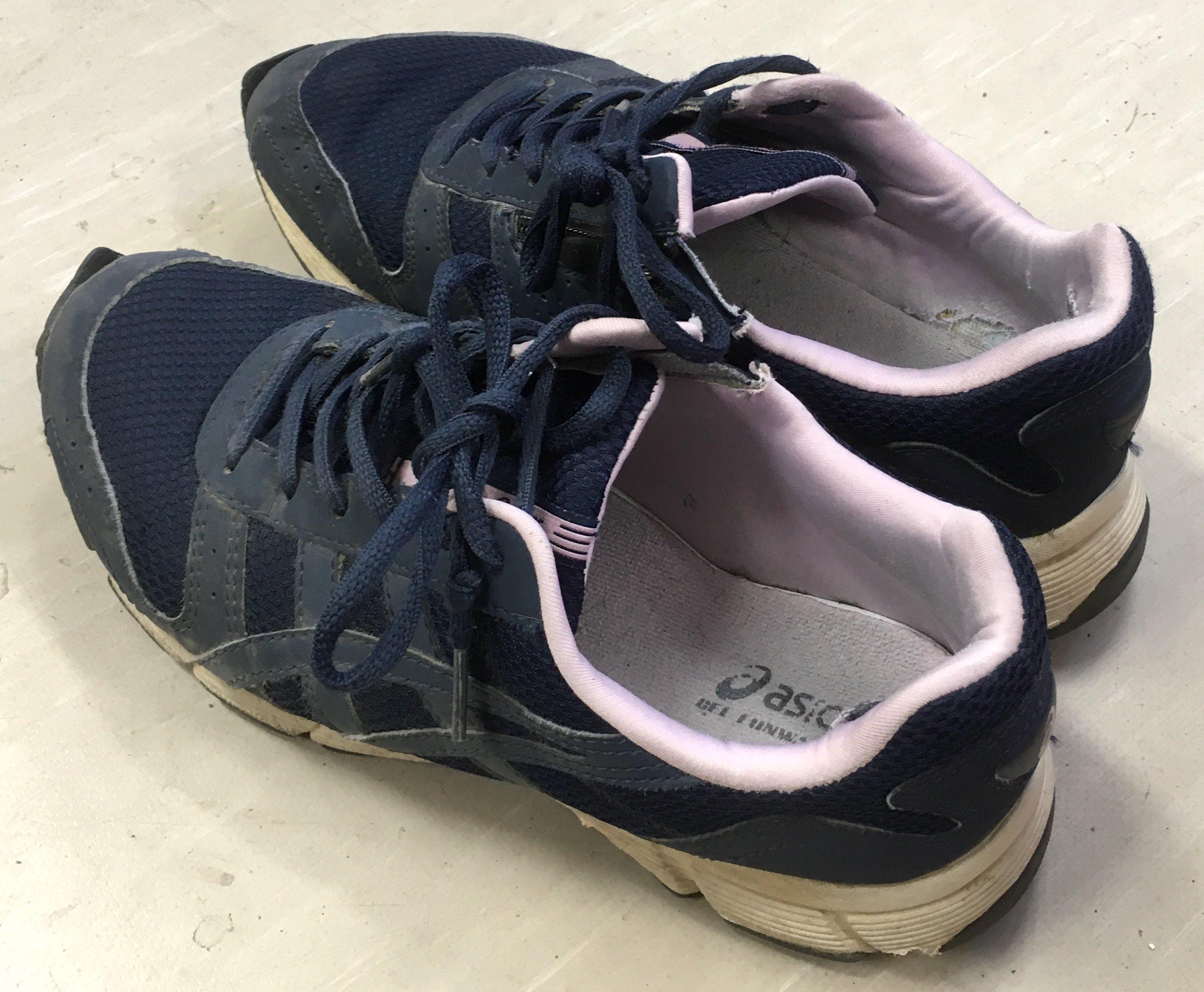