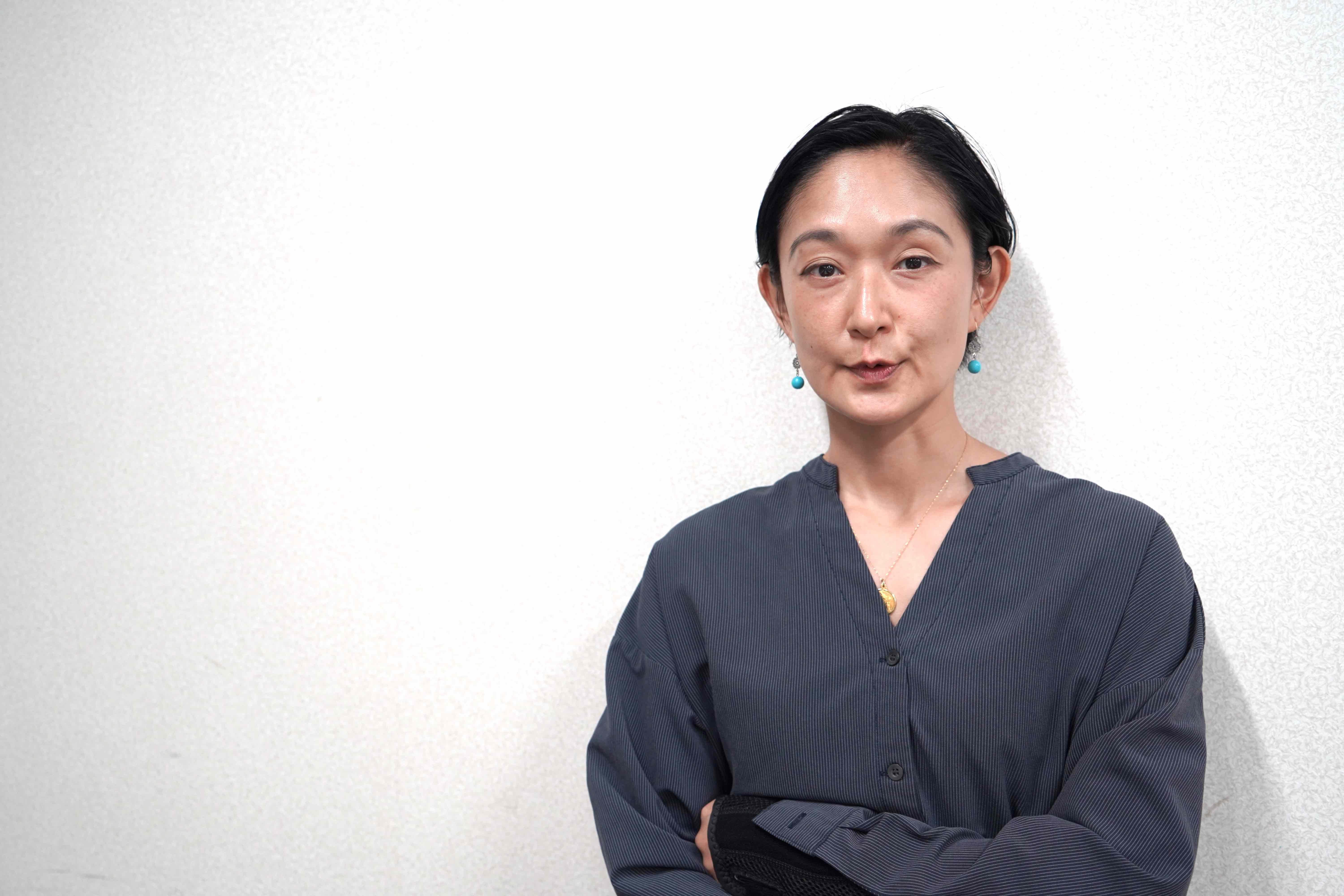 Please tell us about your area of study.

I study dance (to use a common term) which is a kind of physical communication and expression. However, in more academic terms, my area of study is the study of body as media. I use and study the body as a medium to express peoples' thoughts and feelings, and to observe what the body means in society. To put it frankly, I try to express the "unknown" of the body. My research and experiments all take place using the body.

How did you become a researcher of the body?

When I was a child, I wasn't good at using words. At a certain point I began to dislike expressing my thoughts using my own words, so you could say I went on a journey to explore human thought that was not tied to linguistic explanations or meanings. However, in terms of research, in the beginning I never thought of becoming a so-called university researcher.

I studied Bauhaus when I was in college, and there was a performance at Bauhaus which I wrote about in my graduation thesis. I went to study dance in Berlin, and I became more involved with a style of dance that is different from ballet, jazz, and other types of popular dance. I set foot in the field of contemporary dance, and it is not very well understood outside of Tokyo in Japan. People often think, "what is she doing?" But because I was learning a lot, conducting a study and research of composition and choreography while traveling overseas, I was hoping to be able to teach young people outside of Tokyo.

I have had many opportunities to conduct workshops once, twice, or a few times at various locations outside of Tokyo, but they felt too brief. I thought if I can teach at a university, the opportunity to teach can be longer, and the students can be involved in the conceptual process. The creative process of the body expression is like research. So, I thought the humanities department of a university is a great place to pursue this. Then, I heard that Shinshu University was looking for a performer as faculty. I wondered what that meant, and so I applied, half out of curiosity.

You began your career as a performer.

Yes, in the beginning I mainly performed. That was in my twenties. Then, in my thirties I formed a group, and the number of works I performed overseas increased. When the performance became frequent, it became difficult to continue all of my dancing obligations. I was working at university while continuing choreographing and directing. When I entered my forties, I got hurt very badly and had to get surgery.

Getting injured allowed me to learn about the structure and mechanics of the body. It became an opportunity to study the connection between the mind and the body during the creative process. It was very difficult and painful to recover from the injury, but also fascinating. I wondered what it means to dance as an older person. So, I began to perform more again. 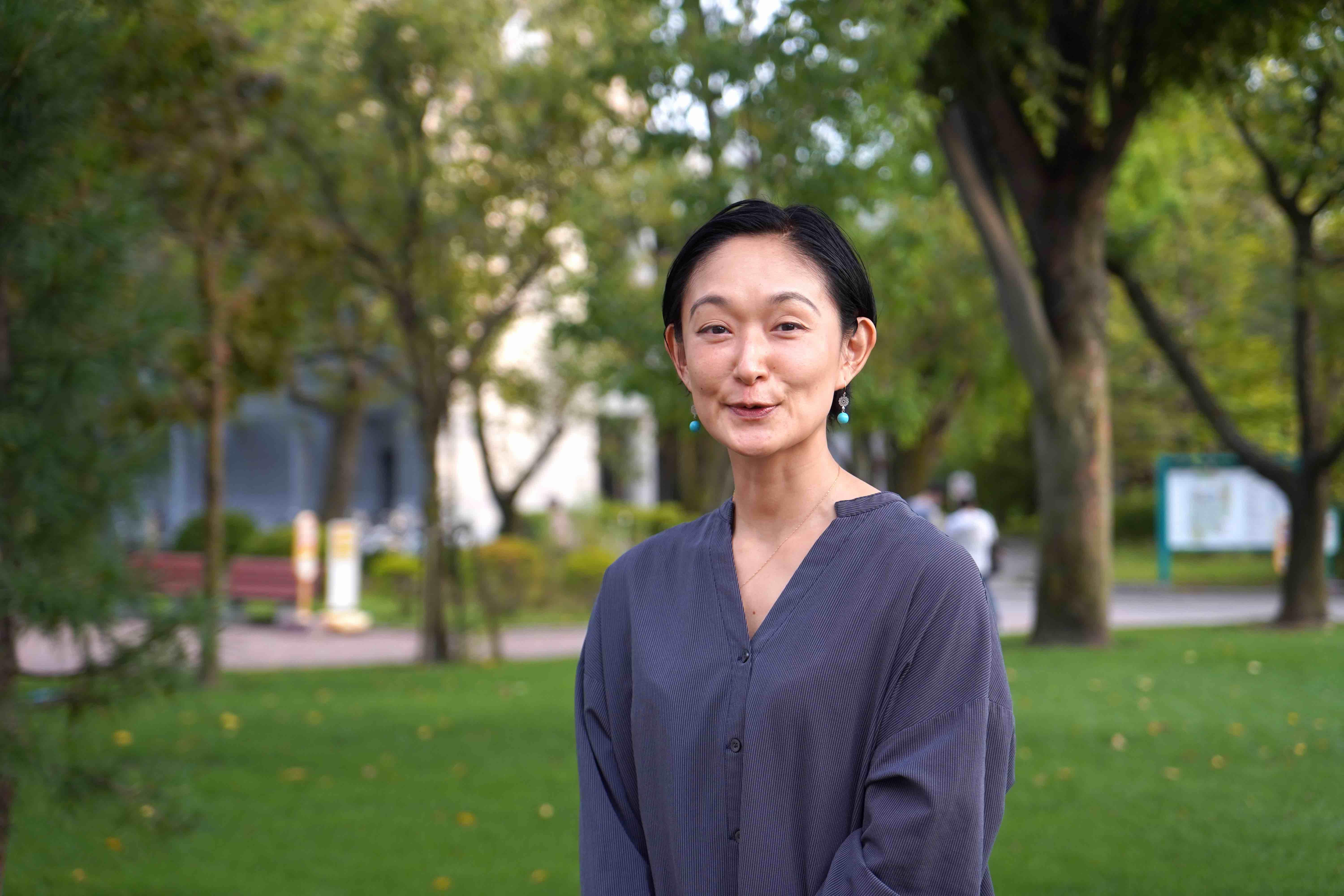 When do you feel your job is most rewarding?

Through working with others, which is to face and interact with beings other than yourself, and encountering people who do things differently from you, whether they are from within or outside of the country I make new discoveries on what can be considered "dance". When I make such discoveries, something new or unexpected, that is very valuable.

Those experiences are obtained through collaborations?

Yes, it can be a collaboration between dancers in Japan or overseas, and though it is not technically a collaboration, when working with students, I am in the position of teaching, but it involves thinking together. Most times I conceptualize with the students. They are a completely different generation. If I have an event with students, I might see that this student has grown in this way, that I have also changed through the experience. Even if it is a lecture, there are things that change every time and I like that. If things are the same all of the time, I don't prefer it. It is very fun when something completely unexpected happens, and it makes me happy that I chose to keep continuing these activities.

Do you have any goals right now?

There might be very personal things or local traditions that we carry with us wherever we go, and in situations where we can't communicate in words, coming to an understanding might be difficult. I hope that element can be witnessed or attended to and presented through dance. I want to be able to provide a space where that can occur.

We may know the same Japanese language, know the same social rules, and share a common understanding of concepts, but I don't think there are that many opportunities to experience things or feel things in the same way. It's something that I have been pondering whether it is from overseas or Japan.

In other words, I think about it both in Japan and overseas. Even if people are not in or from the same realm, the goal is to meet each other by empathizing and being together, so that we can be bright, and draw out the best of each other, and so on. It sounds cheesy when put into words, but it is actually quite difficult to do. I think so, having worked on this for many years. I have a long way to go, but this big goal has been set.

When I was traveling around Asia while performing or researching, I used to buy instruments that were easy to take home, but I have given them away to musicians I performed with. So, I cannot show you those instruments, but they are an important, favorite part of my work. 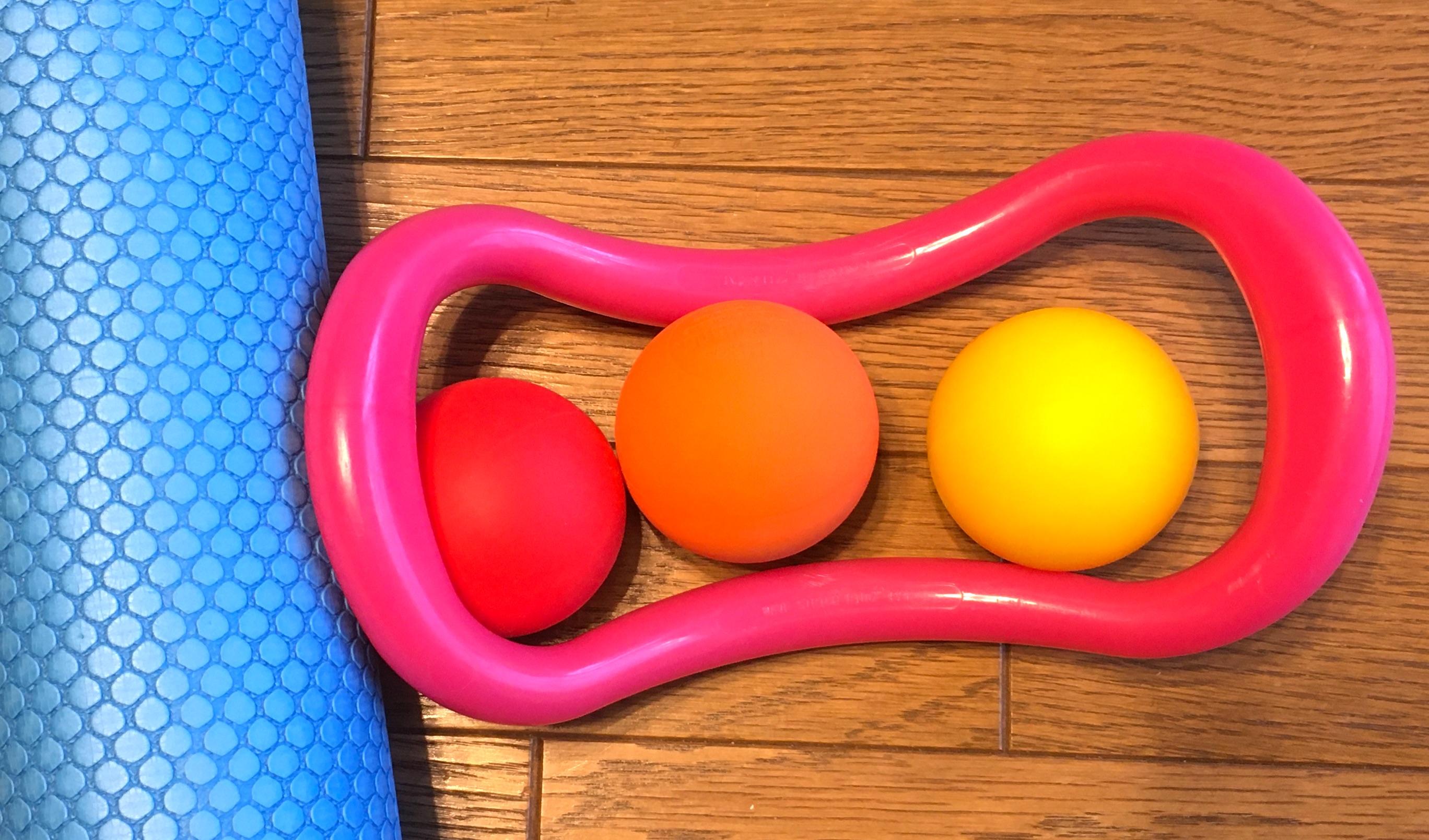 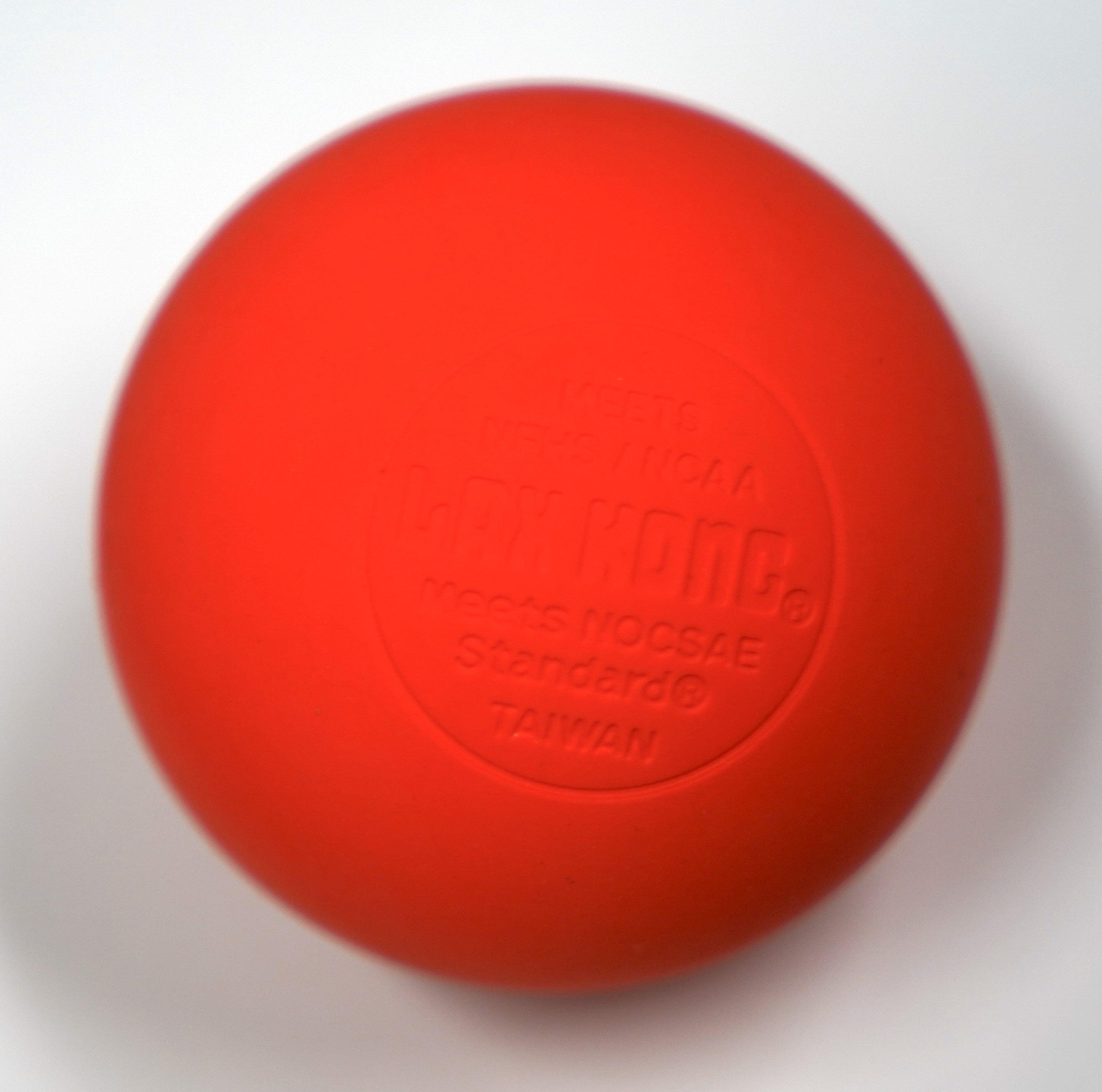 1) A Lacrosse ball. It's rubbery and a little soft, and very important for body maintenance. As I get older, keeping my body in the best condition has become more difficult. I have injuries here and there. If I leave it alone, it gets worse and worse. After I use my body, I carefully massage it daily. I place the lacrosse ball somewhere on the body and observe its interaction. I notice that a pain might be felt in the leg, but in fact, is connected and the source is in the waist. I discover habits that my body has formed. It is a great tool for dialogue with the body. It is not a work tool, but a maintenance tool. I have been using it for several years now. I have 3 different balls of differing hardness. I like this orange ball the best. 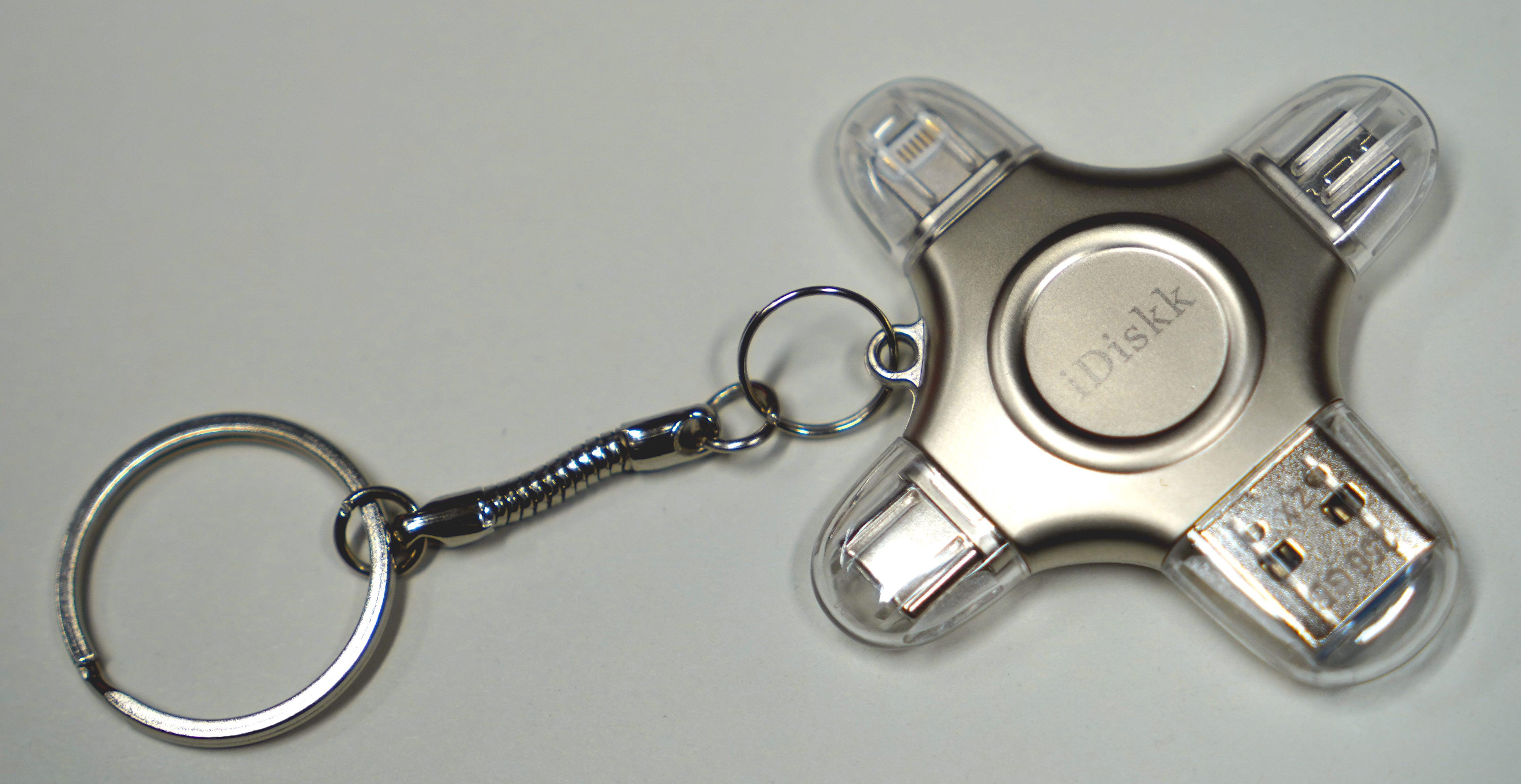 2) iDisk. Since it can be connected to the Mac type C plug, it can be connected to an iPhone or iPad. You can store videos, music, or anything like that. I can carry it around easily. We can store rehearsal videos in the cloud now, but it depends on the speed and availability of the Wi-Fi connection. So, for important photos, music, or video for rehearsal, I make it so it's convenient to watch on an iPhone, iPad or computer. If I have this one thing it can be shared across any device because of the multiple plug types. When I get an idea for a certain project, I record it on the iPhone because it is so easy to forget it. I will save the voice memo, so it can serve as an inspiration box.

3) A book I like is a very famous book by Gregory Bateson called Steps to an Ecology of Mind. This book can be considered my Bible or a book that I always remember when I hit a wall or come across a problem I can't resolve. Although it is an anthropology book, it is also psychoanalytical, and the most famous one is the dialogue between Bateson and his daughter. When the daughter was a child, she asked many questions, like, "Papa, why is this the way that it is?"

Bateson explains things to his daughter but because his daughter is a child, she asks sharp, straight-forward questions. There are many things that she doesn't know, so there are scenes where she asks funny questions and annoys Bateson. It's a great reference book when you're collaborating and working with a different culture. It helps me understand situations that are difficult to comprehend, to unravel and not force things but to find new ways of solution through conversation. I make new discoveries no matter how many times I read this book. It is one of the books that makes you think a lot.