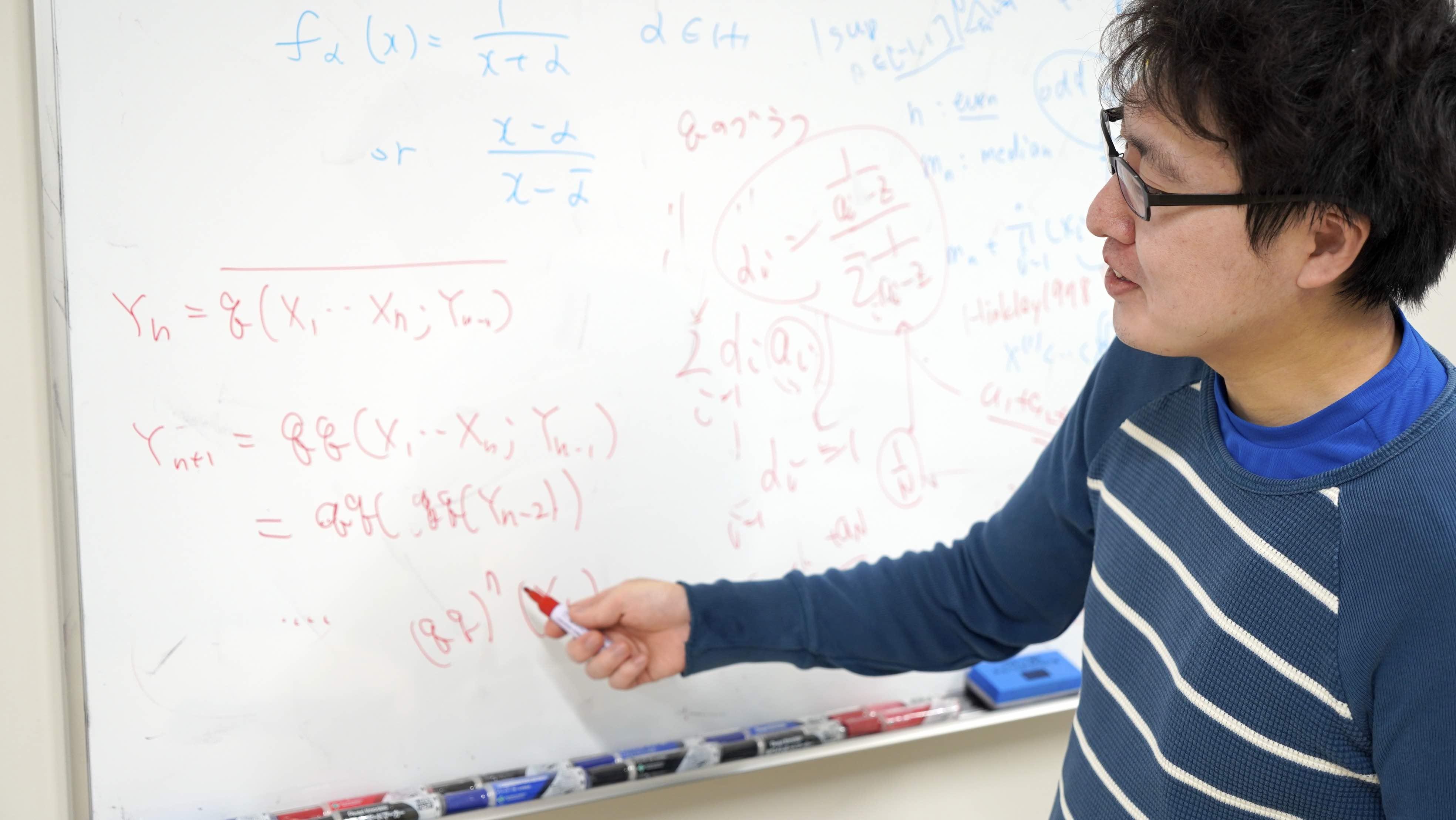 Please tell us about your specialty

I specialize in mathematics. Although mathematics has a wide range of fields, I primarily research probability theory. Probability is a field in mathematics that aims to find law in places where there seems to be no law at first glance. Take the roll of dice for example. If you roll the dice a considerable number of times and record each roll, you will not be able to find law such as it continually comes up as 1, or odd and even numbers alternate consecutively. However, there is a hidden law here, that if you "keep rolling" the dice, in "most cases", every side will come up almost an equal number of times. This is called the law of large numbers. As you can see with a little consideration, how many times is sufficient to "keep rolling" the dice? How many are "most cases"? What criteria should be used to determine the "almost" of "almost equal"? It soon starts to raise many questions. Therefore, this area of research is not handled in combinatorics and probability of high school mathematics because it needs a complicated area of study called measure theory in order to formulate this accurately.

The question of what should be considered random is also very important, but we will shelve that for the time being. For example, from the previous roll of dice case, what kind of law will occur in cases where randomness seems to be guaranteed on an intuitive level? There are various objects which are regarded as random, and I research one of the main models called "random walk". When you translate this into Japanese, it is translated as "drunk walk", but the word has a negative connotation, so it is often called "random walk" in Katakana without a full translation into a specific Japanese word. A random walk is random, so a variety of "if / possibility" but regularity appears there as well as the dice roll. Random walks on a two-dimensional plane returns to the starting point infinitely often. However, random walks in three-dimensional space rarely returns to the starting point. Imagine an insect such as a bee flying freely in an open field.

I have studied random walks on more complicated graphs rather than symmetric graphs like a grid. The graph here is fundamentally different from bar graphs, pie graphs, function graphs, etc. It is effective to imagine networks such as air route maps, the Internet and human relationships. This study was originally motivated by a mathematically rigorous elucidation of the propagation of heat and waves on a medium with a complex structure such as porosity, but in recent years, studies of anomalous diffusion such as the speed of pollution seeping into the soil or the study of social networks and how viruses spread has become important applications.

The regularity of the random walk depends on the "geometric properties" of the graph in which it moves. In the previous example, the "number of times to return to the starting point" has different results depending on whether it is 2D or 3D. In addition, symmetry of graphs makes it easier to derive several laws of random walk such as law of large numbers and central limit theorems. This is because it will increase the number of mathematical tools that can use the regularity (symmetry) of graphs like a grid.

Consider the number of points that a random walk has passed by a certain time on a complicated graph. This definition is very simple. However, when you think about it, the random walk is actually difficult to handle because it may visit each point repeatedly. If it is a complicated graph, there are very few mathematical tools that can be used, and it becomes twice as difficult. Therefore, we will prove it by devising various ways starting from the prediction of "what kind of law" while there are few tools that can be used. 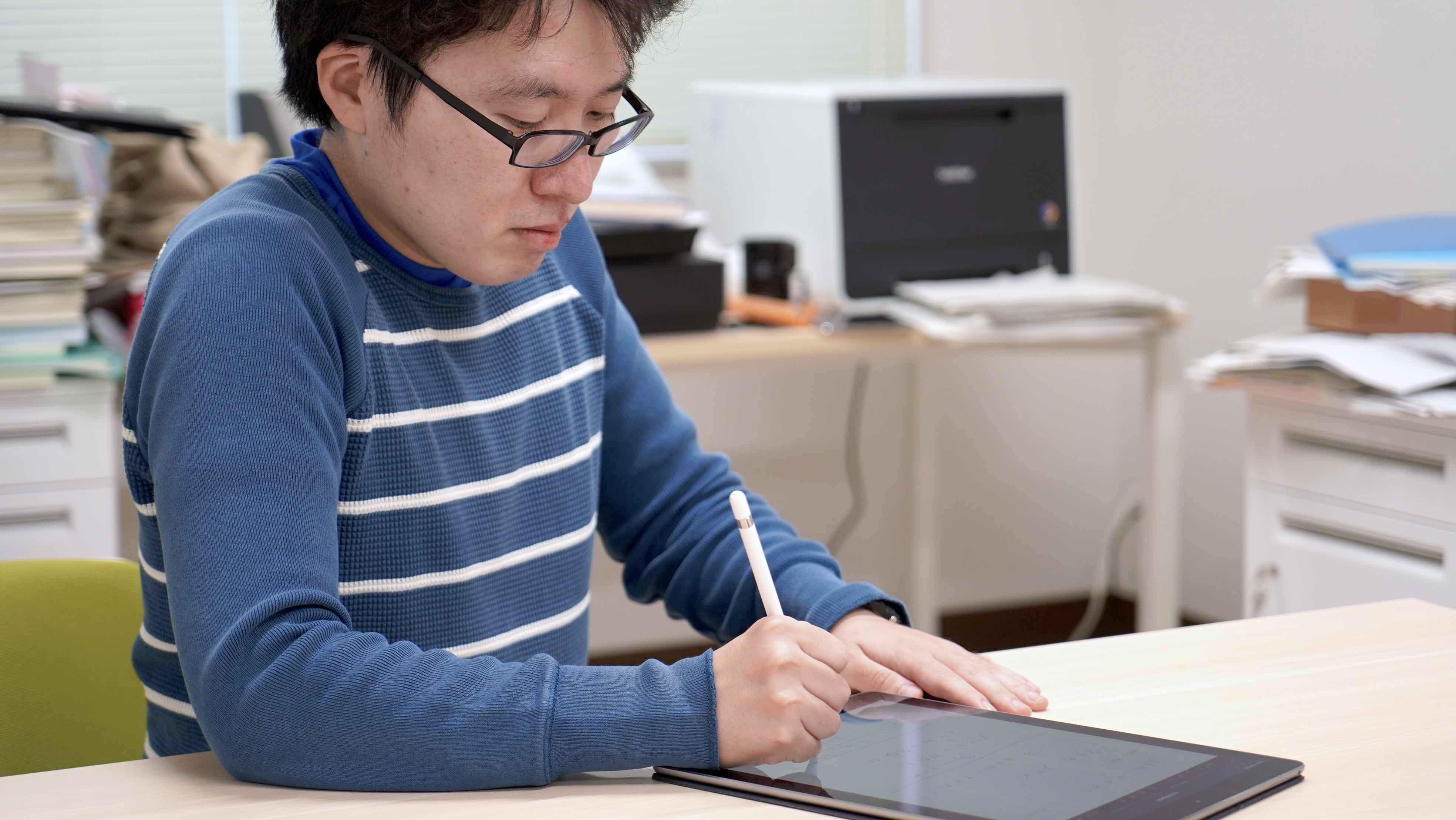 Why did you become a researcher?

When I was small, I enjoyed games that contained logic such as jigsaw puzzles and Shogi (Japanese chess). I think I was the type of person that was concerned with issues like exactly how many times we need to keep rolling. Mathematics has a strong enjoyable component where the unknown is reasoned methodically to become known or understood.

I've certainly liked mathematics for a long time, but in terms of my current area of study, there was no specific event or trigger that made me decide to become a researcher. It was more a coincidence because I intuitively thought it might be interesting. It might be rather unusual, because in the field of mathematics, probability theory seems to induce strong reactions of likes and dislikes. There are many other areas in mathematics besides what I am working on, so when I retire, (or if I reincarnate?) I want to learn and research other areas of mathematics. As a matter of fact, the things one can work on during their lifetime is extremely limited so no matter how much free time one has, it is impossible to get bored because one or two lifetimes are not enough to learn everything in modern mathematics. I think that it is a characteristic of mathematics that there is such considerable scale and depth, and I am glad that I have gotten involved in this.

Please tell us about when you enjoy research, and when you find it rewarding.

When I am able to break through difficulties by trying various methods. I think that mathematics research is similar to mountain climbing. For example, I might be trying to solve a problem in a certain way. However, in the face of unexpected difficulties, I give up and look for another method. This is like if I was climbing a mountain on a route, but I come across a landslide and have to turn back. I can head for the summit again from a different route the next day.

On the other hand, it is a little different from "breaking through difficulties", but by deepening the understanding of the subject, sometimes one can obtain by-products even if it is different from the original purpose, or something unexpected. In mountain climbing, even on a tough mountain trail, sometimes one might see rare animals and plants, even though it is different from the main purpose of climbing a mountain, and one can enjoy a superb view. Could you say it is similar to those experiences? When things don't go as planned during research, it might not be every time, but one can deepen their understanding little by little, although they are not research achievements on their own. It wasn't always the case when I was new to research, but I can now appreciate those things to be worthwhile. 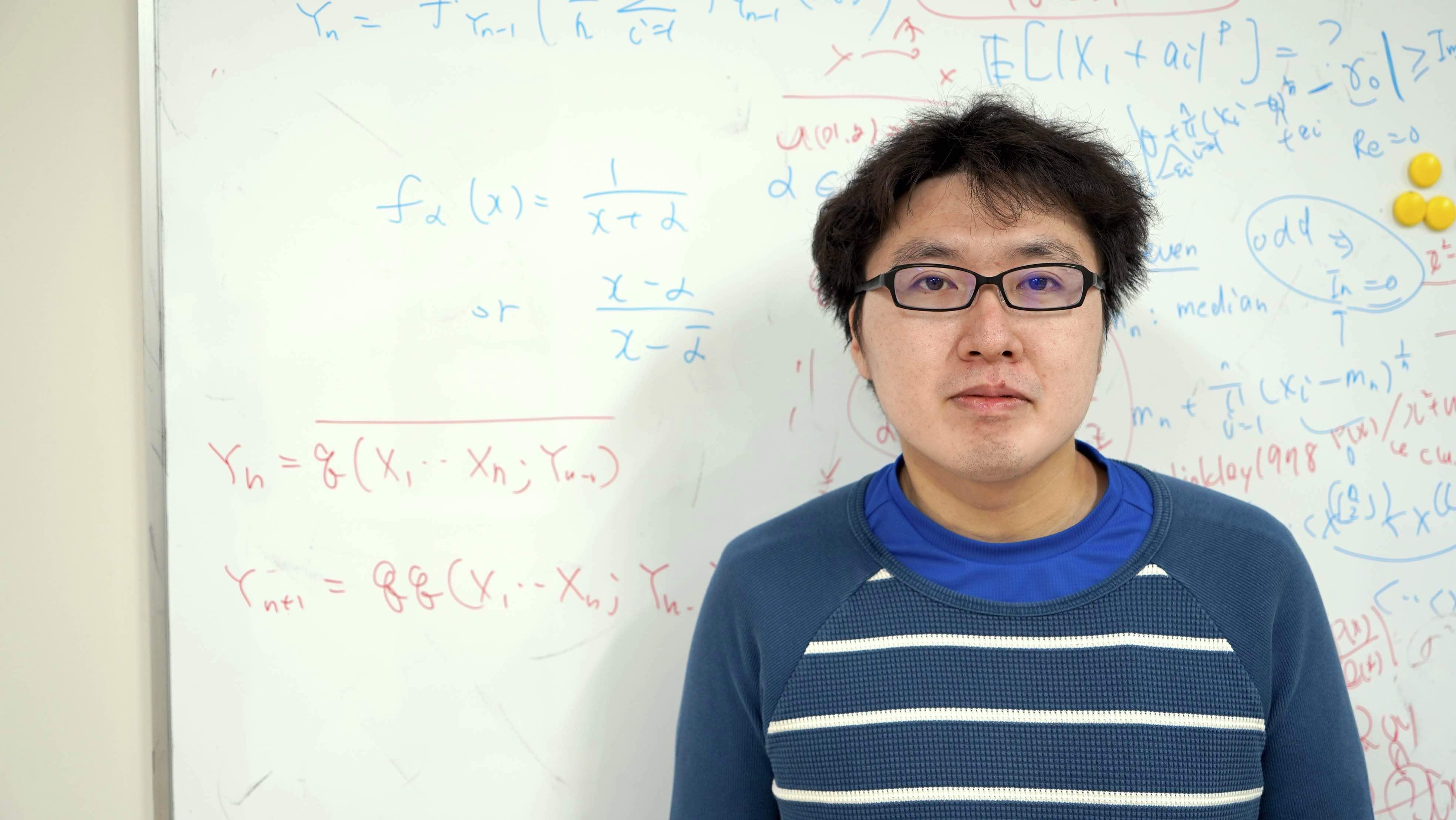 Do you currently have a goal?

There is no particular goal, and I put an emphasis on studying the issues in front of me every day. Continuing the analogy of mountain climbing, I think that I will continue to climb as long as there is a mountain that I want to climb. Mathematics has a long history, and it has been subdivided in modern times, and there are some areas that have already made great progress in individual fields. The things that human beings have accomplished so far are certainly enormous, but when seen as a whole, there are many parts that remain unknown. I hope to continue to deepen my understanding of things that are of interest to me, but also betray expectations of previous hypothesis that may be counterintuitive.

Could you show us your favorite work tools, items, books or items purchased at academic conferences? 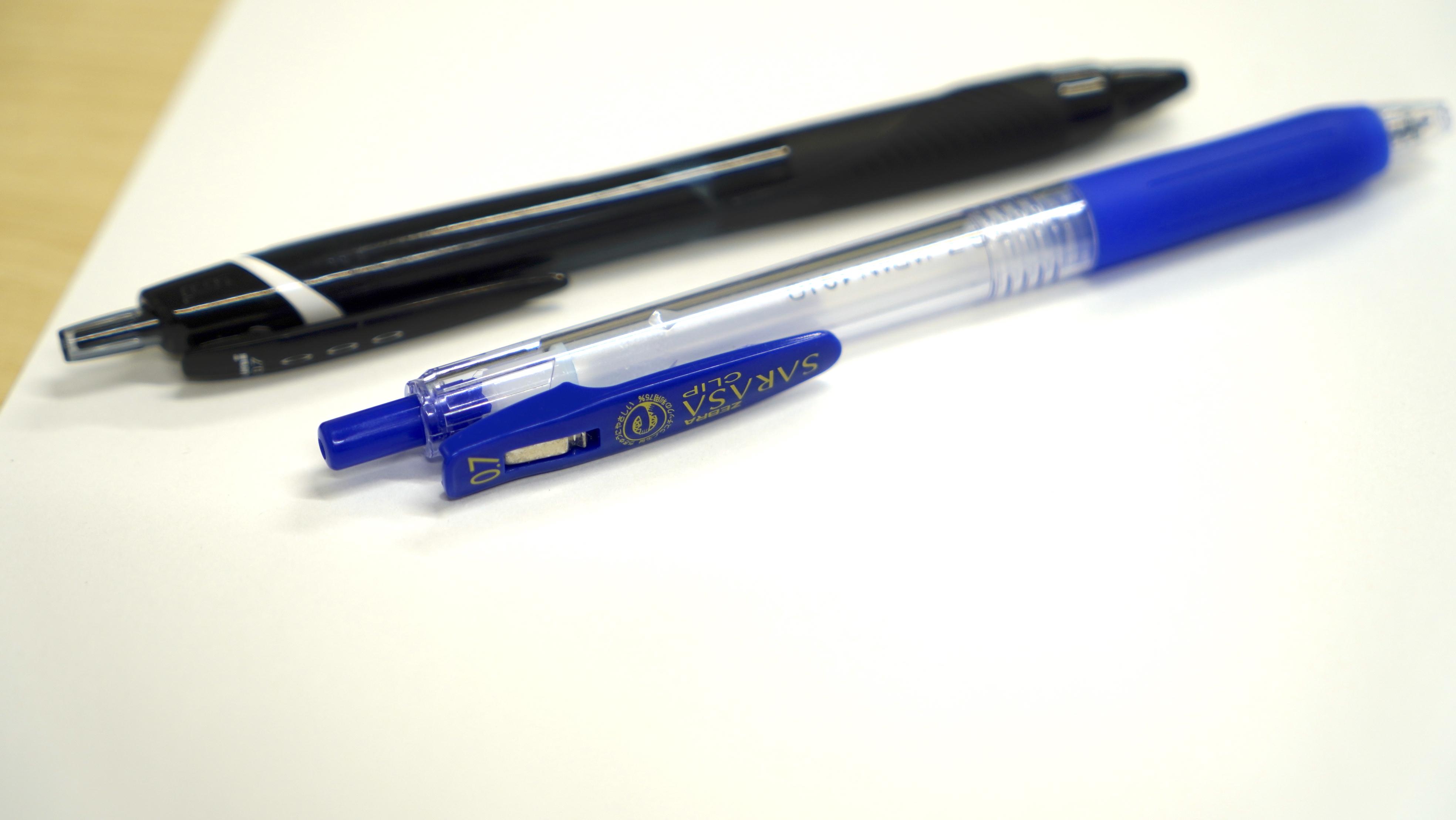 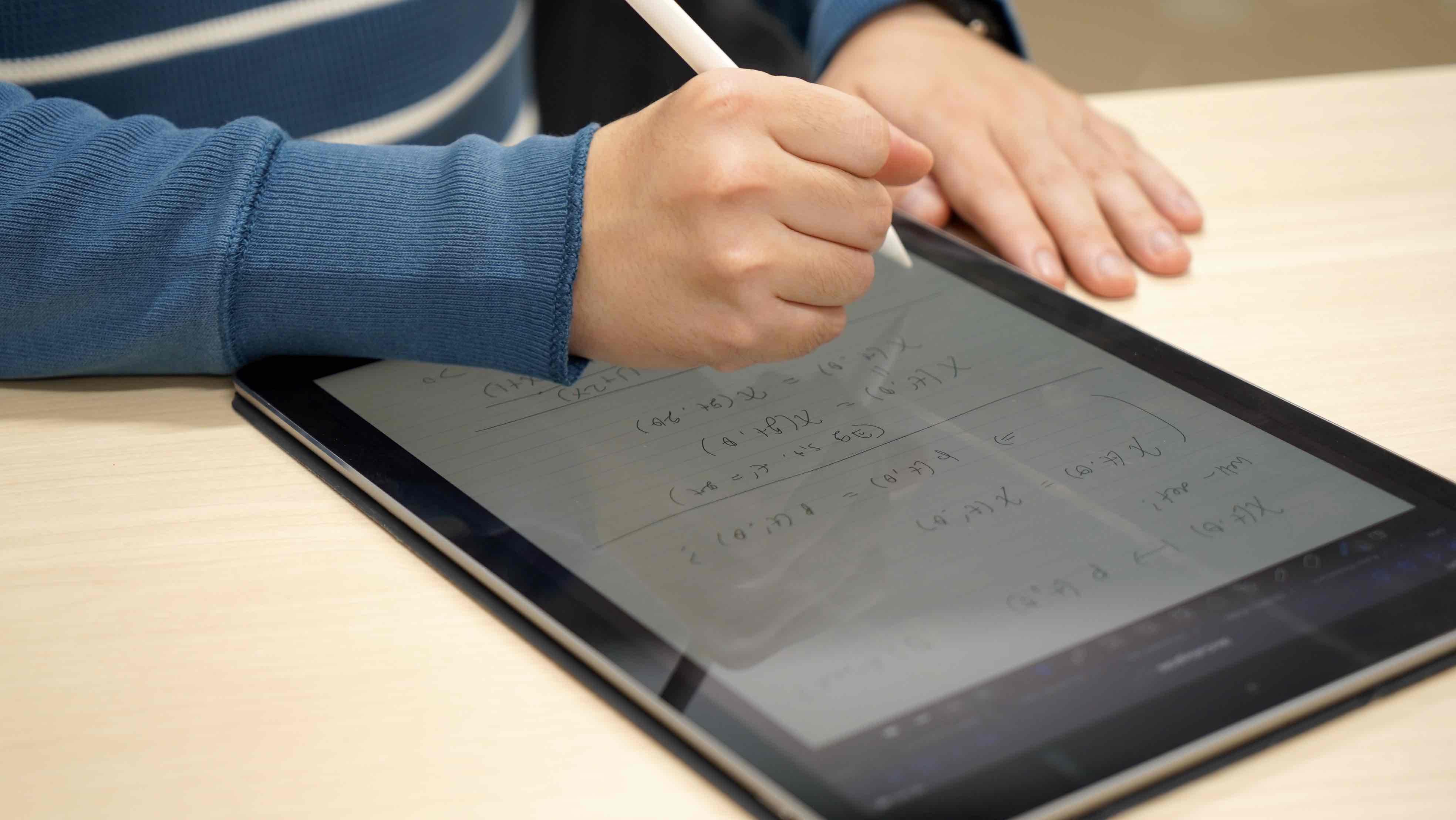 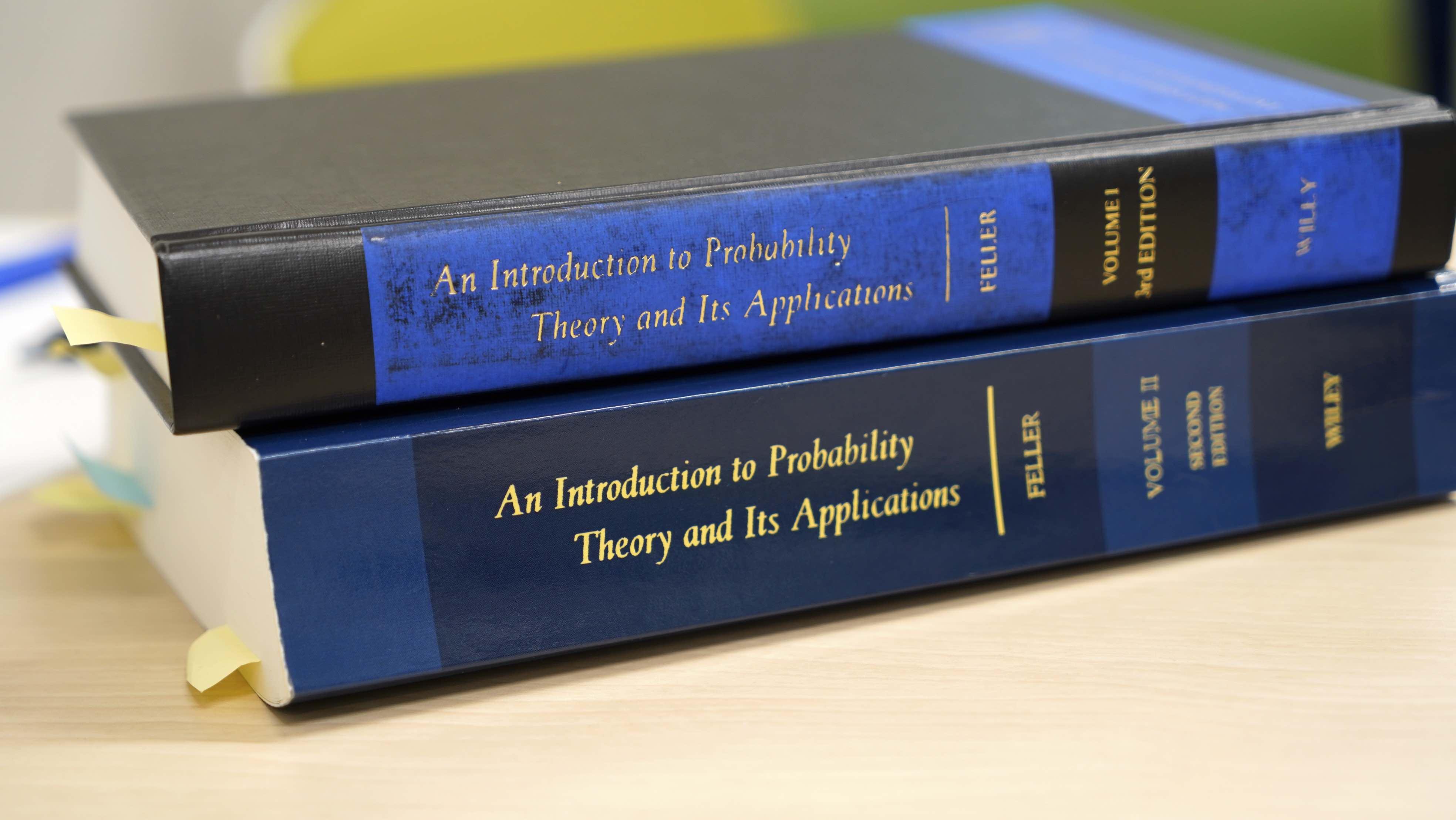 You have to have a lot of technical books. I also receive items such as notebooks at academic conferences, but I don't make any particular purchases.