Photo ①: The separator developed this time. Combination of PVDF nanofiber and PET microfiber has greatly improved the heat resistance, strength and ion permeability as compared with conventional separator.

"Separator" is a component that plays an important role in separating the positive electrode and the negative electrode of a lithium ion secondary battery. The separator announced this time is based on a nanofiber nonwoven fabric compounded of polyvinylidene fluoride (PVDF) nanofiber and polyethylene terephthalate (PET) microfiber (Photo 2, Photo 3). It is characterized by very high heat resistance compared with separator using conventional polyethylene and polypropylene.
Combination of PVDF-PET also has greatly improved the strength and improved reactivity between the positive electrode and the negative electrode, and became a revolutionary material to contribute to further miniaturization, higher output and larger capacity of the battery by making the ultra-thin separator. In addition, while making full use of the characteristics of nanofibers, we improved the durability by compositing PET, at the same time realized higher functionality and lower cost of materials.

●Glossary
*1 Lithium ion secondary battery : A secondary battery (a battery that can be used many times by charging) that performs charging and discharging by moving lithium ions between the positive electrode and the negative electrode. It is used for mobile phones, computers, electric cars, etc., and is spread all over the world.
*2 Separator : It is between the positive electrode and the negative electrode of the lithium ion secondary battery and insulates the active material at each electrode. Numerous pinholes are on the surface, and only ions can pass through to generate electric power. In this research, by using nanofibers as a separator material, we succeeded in keeping the pore ratio on the surface to 90% or more (about 40% for the conventional product) and to distributing with a uniform pore size. 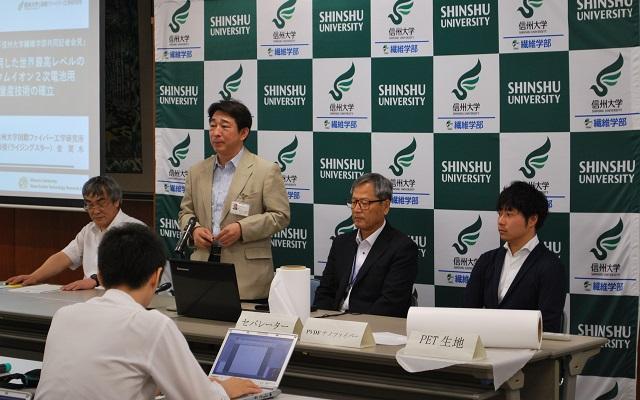 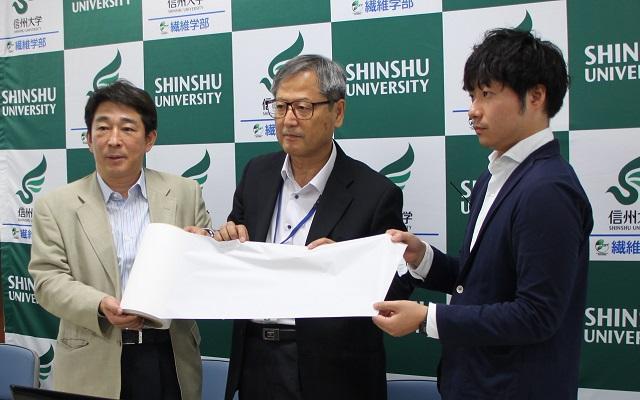