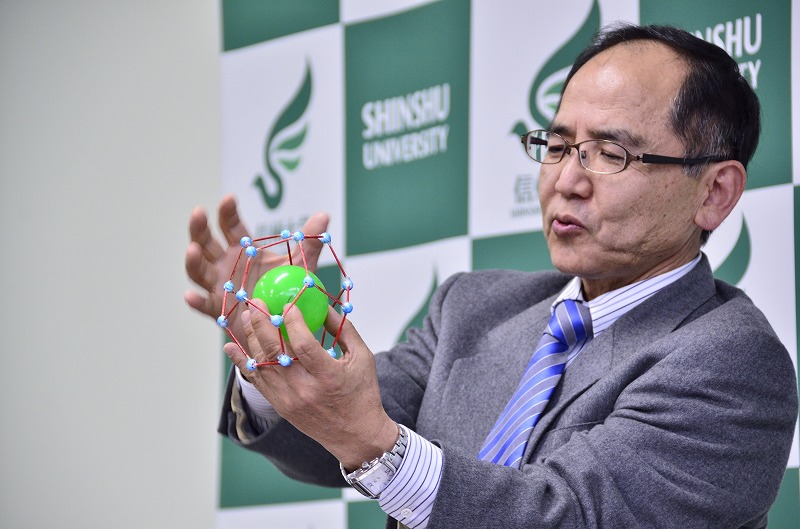 On April 16, Katsumi Kaneko, a Special Contract Professor, (Center for Energy and Environmental Science, Interdisciplinary Cluster for Cutting Edge Research, Shinshu University) issued press release that carbon mesopore spaces could markedly accelerate the formation of methane hydrates, showing the possibility that they can be formed at a depth of less than 100 meters in the sea in the future. This was published in Nature Communications in March 2015, co-authored with the scientists in Alicante University and other research institutes.

Methane hydrates are clean energy resources for the next generation. They stretch beneath coastal waters in Japan – estimated to be enough to supply the country’s energy needs for 100 years. However, it is quite difficult to extract its solids formed at the bottom of the sea; the depth is more than 500 meters. If we can develop the route to form methane hydrates assisted with carbon mesopores under the milder conditions, “Methane Hydrate-Culturing Factories” in the shallow sea can support our sustainable society in the future.